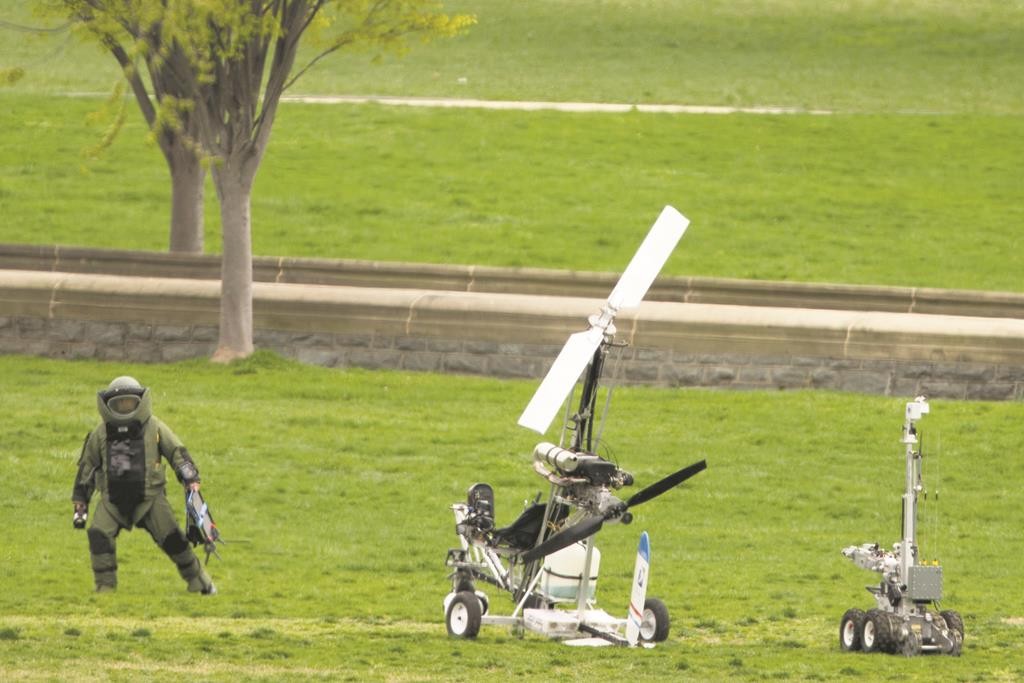 Police arrested a man who steered his tiny aircraft onto the West Lawn of the U.S. Capitol after flying through restricted airspace around the National Mall Wednesday.

One congressional official identified the pilot as Doug Hughes, a Florida Postal Service worker who took responsibility for the stunt on a website where he said he was delivering letters to all 535 members of Congress in order to draw attention to campaign finance corruption.

“As I have informed the authorities, I have no violent inclinations or intent,” Hughes wrote on his website. “An ultralight aircraft poses no major physical threat — it may present a political threat to graft. I hope so. There’s no need to worry — I’m just delivering the mail.”

The Senate aide said Capitol Police knew of the plan shortly before Hughes took off, and said he had previously been interviewed by the U.S. Secret Service. The aide spoke on condition of anonymity to discuss details of the investigation. Capitol Police declined to confirm the man’s identity.

Capitol Police identified the open-air aircraft, which sported the U.S. Postal Service logo and landed about half a city block from the Capitol building, as a “gyrocopter with a single occupant.” About two hours after the device had landed, police announced that a bomb squad had cleared it and nothing hazardous had been found. The authorities then moved it off the Capitol lawn to a secure location.

House Homeland Security panel Chairman Michael McCaul (R-Texas) said the pilot landed on his own, but authorities were prepared to shoot him down if he had made it much closer to the Capitol. “Had it gotten any closer to the speaker’s balcony they have long guns to take it down, but it didn’t. It landed right in front,” McCaul said.

The Federal Aviation Administration said the pilot had not been in contact with air traffic controllers and the FAA didn’t authorize him to enter restricted airspace.

Airspace security rules that cover the Capitol and the District of Columbia prohibit private aircraft flights without prior coordination and permission. Violators can face civil and criminal penalties.

The White House said President Barack Obama had been briefed on the situation.