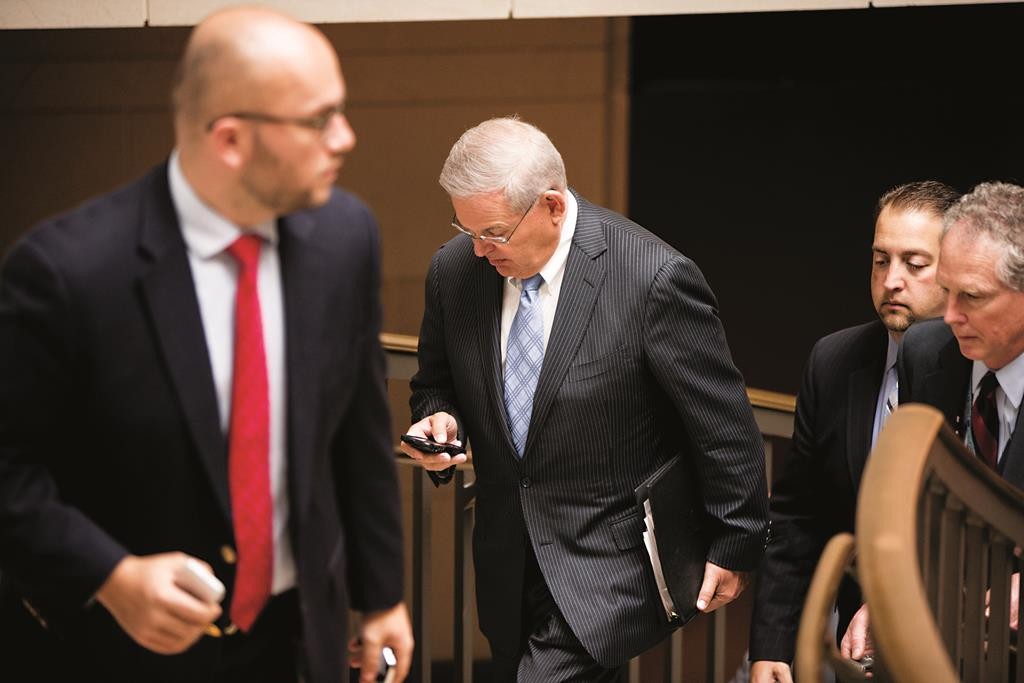 Sen. Bob Menendez, who is under indictment, made the best of his diminished status in international matters Tuesday, backing bipartisan changes to a measure he had co-authored regarding Iran’s nuclear program.

Menendez surrendered his post as the top Democrat on the Foreign Relations Committee after being indicted April 1 on corruption charges. The New Jersey senator watched Tuesday as Ben Cardin of Maryland replaced him in the Democratic leader’s chair and helped usher the revised bill to unanimous committee approval.

At Tuesday’s committee session, Cardin and others praised Menendez’s earlier role in crafting the Iran bill with Republicans. Earlier, Menendez said he wasn’t frustrated by his voluntary demotion on the committee. “I’m playing just about any role I would, for all intents and purposes,” he said.