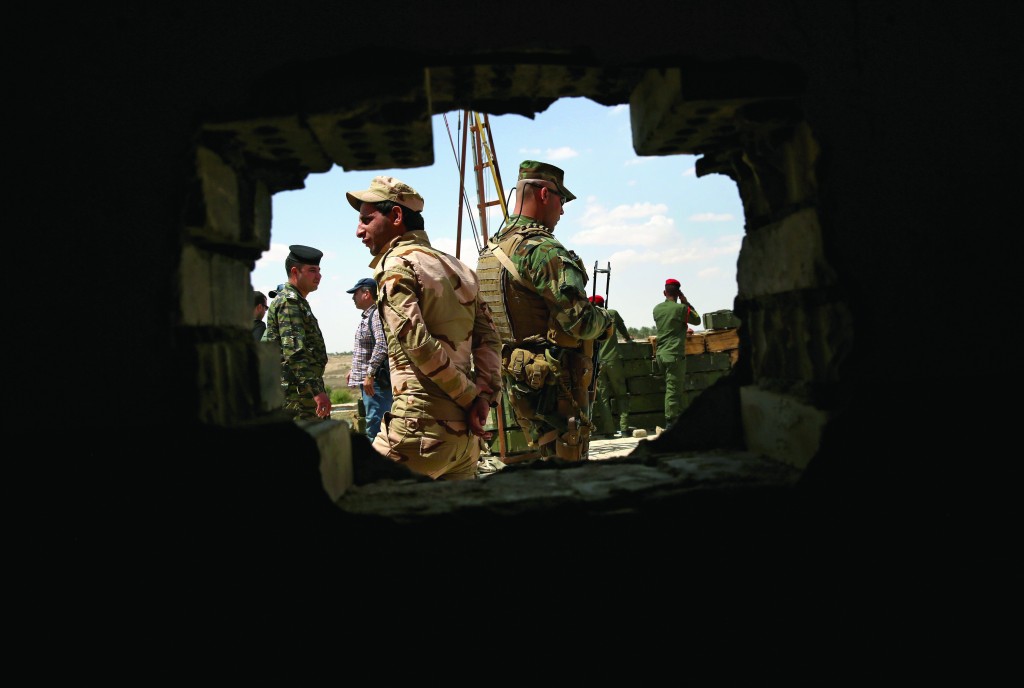 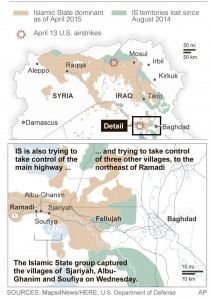 Two weeks after a critical victory at Tikrit, where a combination of U.S. airstrikes, government troops and Shiite Muslim militias overwhelmed an Islamic State force that had held the city for nearly a year, the Iraqi government faced a new challenge Wednesday, a sign of how much remains to be done to defeat the Islamic State.

In a surprise assault, Islamic State fighters captured three villages outside Ramadi, the capital of Anbar province 100 miles south of Tikrit, and pushed to within 500 yards of a key government center in the northeastern section of the city, one of the few population centers in Anbar still under government control.

Government forces were responding with heavy bombardment from military aircraft, but the outcome of the battle was uncertain as night fell.

Residents and military commanders said the fighting had been heavy for the villages that fell to the Islamists — Sjariyah, Albu-Ghanim and Soufiya — and the Defense Ministry spokesman, Brig. Gen. Tahseen Ibrahim, acknowledged the government troops’ defeat, telling The Associated Press that the terrorists had “gained a foothold in some areas.”

He said reinforcements had been dispatched to the province and that U.S.-led coalition airstrikes were supporting the Iraqi forces, although there was no immediate confirmation from the U.S. Central Command, whose aircraft generally strike at night, leaving the daytime airspace open to the less advanced Iraqi air force.

Wednesday’s fighting comes as Prime Minister Haider al Abadi is in Washington to gather more financial and military support for the fight against the Islamic State. He met with President Barack Obama on Tuesday.