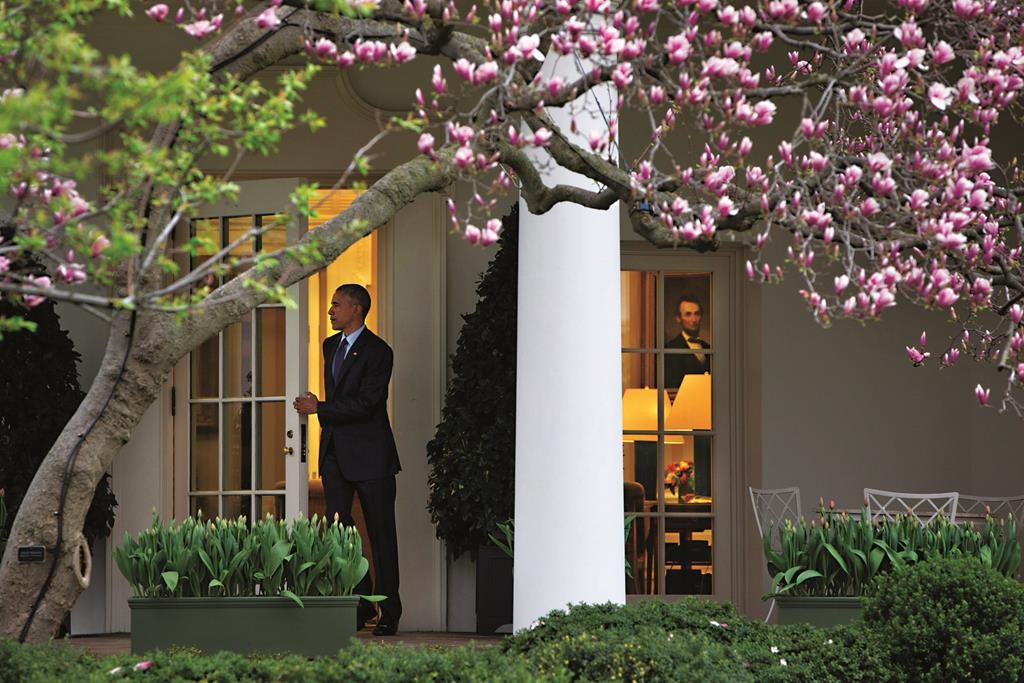 President Barack Obama met with Jewish-American leaders at the White House on Monday in a bid to defuse antagonism toward him and to convince them that he shares their concerns about the safety of Israel and the threat of a nuclear-armed Iran.

The meetings in the Roosevelt Room were designed to improve prospects for a deal being negotiated to limit Iran’s nuclear program — and hang onto the support of a key Democratic constituency.

At the second session, Obama met with community leaders, who are known as supporters of the President, many of them major political contributors. White House spokesman Josh Earnest said they were “outspoken advocates who may not hold official positions or leadership positions in those organizations but are, in their own right, effective advocates.”

They were asked not to discuss the contents of the President’s remarks with the press, but were able to relay their general impressions.

“The discussion was candid and informal; it was not to a hostile audience,” Victor Kovner, who attended the second meeting, told Hamodia. “People’s questions were addressed clearly, they were able to express their doubts and [they] got the clear responses that they needed.”

Kovner said the meeting lasted over two hours and was attended by the President, Vice President, and several other high level aids.

“The President spend most of the time laying out in fairly intricate detail why he thought it [the Iran nuclear deal] was appropriate and why it is in the best interests of the U.S. and of Israel,” said Allen Fagin, Executive Vice President of the Orthodox Union. “I don’t know that anybody walked out with any great sense of relief, [but] I do believe that the President spoke eloquently, passionately, and sincerely about his personal commitment to Israel’s security and safety, and I think we were all grateful to hear that reaffirmation from the President.”

Feigin said that he and several other participants “have serious misgivings” about the many questions that remained about the details of the deal, especially regarding its oversight and enforceability. He also added that the fact that the agreement only addresses the nuclear issue and not Iran’s broader military development and “sponsorship of terrorism” was a cause of great concern.

On April 2, President Obama outlined the reasons for his belief that the present deal is the best option available. He asserted that the agreement will prevent the development of any sort of nuclear weapon — openly or covertly.

The President also emphasized that the deal, if signed, “will not end the deep divisions and mistrust between our two countries. We have a difficult history between us, and our concerns will remain with respect to Iranian behavior so long as Iran continues its sponsorship of terrorism, its support for proxies who destabilize the Middle East, its threats against America’s friends and allies — like Israel. So make no mistake: We will remain vigilant in countering those actions and standing with our allies.”

One person who attended the first meeting said the session was “positive” and that Obama was “heartfelt about his connection to Israel. Very moving.”

Another said that “the president talked about how deeply he feels about Israel and the Jewish people and anti-Semitism. It was not just about Iran. It was much, much deeper in terms of the president sharing with us how he felt.”

“Did he resolve all issues, absolutely not. Was it a sincere effort, yes,” said Rabbi Marvin Heir, Dean of the Simon Weisenthal Center, who attended the first meeting.

As the Senate Foreign Relations Committee takes up a bill that would force Obama to bring an Iran deal to Congress for approval, the administration’s meetings with Jewish leaders were just part of an offensive to drum up support in Congress.

Secretary of State John Kerry and Energy Secretary Ernest Moniz this week are briefing members of Congress about the current framework of a deal they hope to hammer out by June 30. At the White House briefing Monday, Earnest said any lawmaker can request a classified briefing that would also include members of the intelligence agencies.

Earnest said that the president and other administration officials have made more than 130 phone calls to members of Congress.

The American Jewish community has strong relationships with members of Congress. Its support could be even more important given the strong criticism of the Iran deal coming from Israeli Prime Minister Benyamin Netanyahu, who has urged the administration to hold out for a better deal.

One person who attended the meeting of major Jewish organizations said that Obama talked about the challenges in Congress, but he did not ask the leaders to help on that front.

“I’m sure that that elephant was in the room, but it didn’t surface,” said one of the participants.

For the first meeting, the White House invited about 16 leaders of Jewish-American organizations, including Malcolm Hoenlein, the executive vice chairman of the Conference of Presidents of Major American Jewish Organizations; Robert Cohen, president of the American Israel Public Affairs Committee; Allen Fagin, executive vice president of the Orthodox Union and Abraham Foxman, national director of the Anti-Defamation League.

Earnest said the meetings were “an opportunity for the president and members of his team to talk to these advocates for the Jewish community about what’s in the interim agreement with Iran.”

Asked before the sessions whether Obama would ask Jewish leaders to lobby lawmakers, Earnest said, “We certainly would welcome any public expression of support from anybody — certainly these individuals.” And, he added, “we would welcome the expression of that support directly to members of Congress.”

(With reporting from Rafael Hoffman, Hamodia )