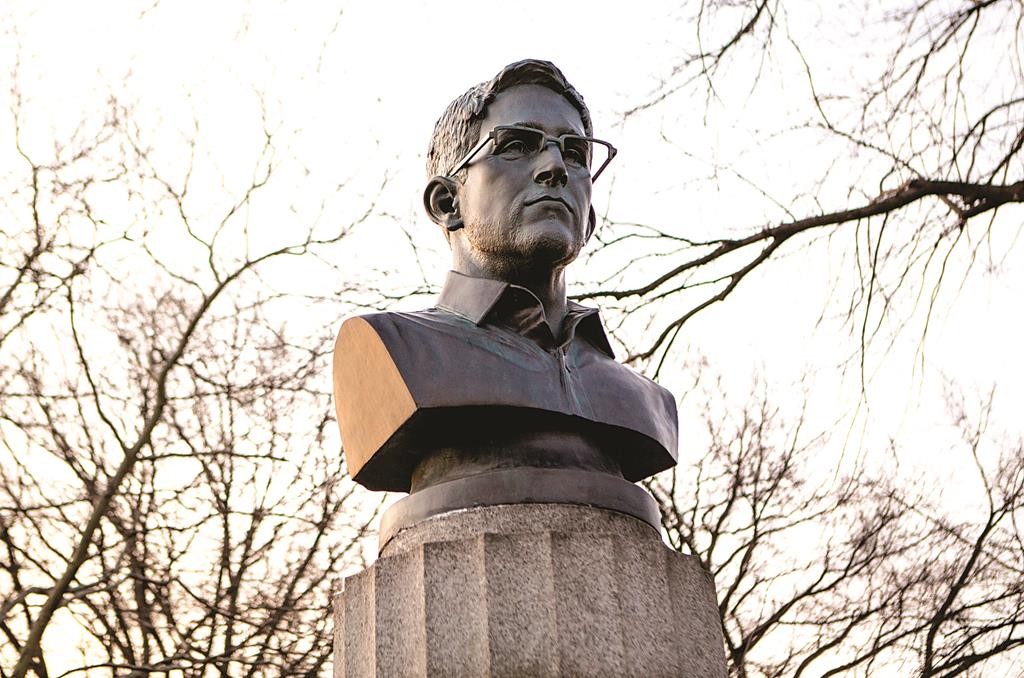 Suddenly, in the middle of the New York night, Edward Snowden’s face appeared — deep in a public park in Brooklyn. Then, just as suddenly, it disappeared.

A 4-foot-high, 100-pound sculpted bust of the whistleblower now exiled in Russia was sneaked into Fort Greene Park last week Monday before dawn by admirers of the former contractor who leaked classified information from the National Security Agency.

The activists hoisted the bust to the top of a Revolutionary War memorial, adding his name to a column. At daybreak, city parks officials ordered it removed. And by evening, his bust was being held at Brooklyn’s 88th Precinct.

Two New York City-based artists said in a statement that they had “updated” the memorial to American POWs who died during the Revolutionary War “to highlight those who sacrifice their safety in the fight against modern-day tyrannies.”