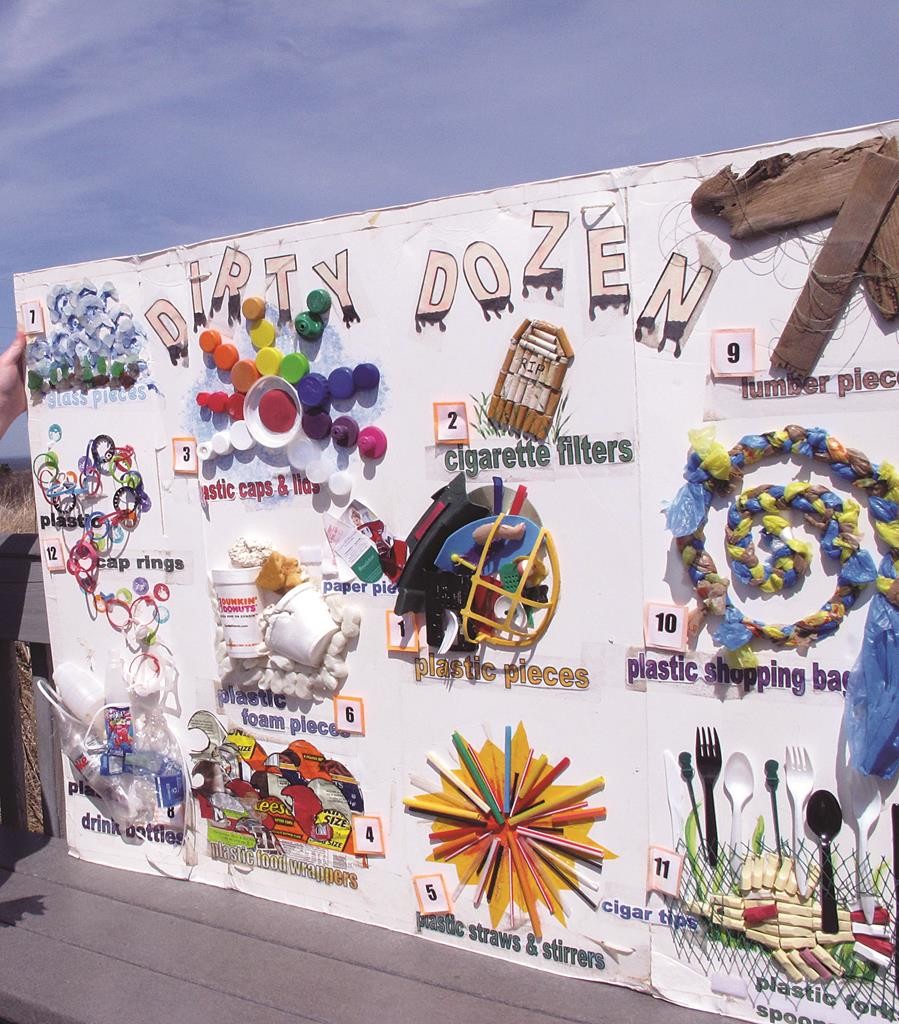 Among the seashells, sandcastles and ocean waves at the Jersey shore last year, you may also have seen these: a whoopee cushion, a parking meter, a stun gun and half of a cell phone.

Plastic pieces were the most common trash, comprising 13 percent of the total. Many of them were broken down into small pieces, indicating a serious problem with so-called “microplastics” entering the marine environment and being eaten by fish or marine animals.

The trash was either left behind by beachgoers, or washed ashore by the tides from careless boaters, faraway trash dumps, or sewer systems that overflowed during storms.

Volunteers picked up enough material to start a beauty salon, including bobby pins, hair ties, a hair brush, a hair weave and a wig. Cigarettes and smoking material accounted for nearly 10 percent of the total items collected. More than 30,000 cigarette butts or filters were tallied, along with 6,366 cigar tips and 891 lighters.

Someone even found a stun gun. Also picked up were a saw blade, a sleeping bag, firecrackers, larger fireworks, a rubber mat and an engagement announcement.

Medical waste continued to surface, including 197 syringes, most of which presumable were flushed down toilets and emerged during storm overflows. Half a cellphone was discovered, along with a hearing aid and a telephone cord (remember those?).