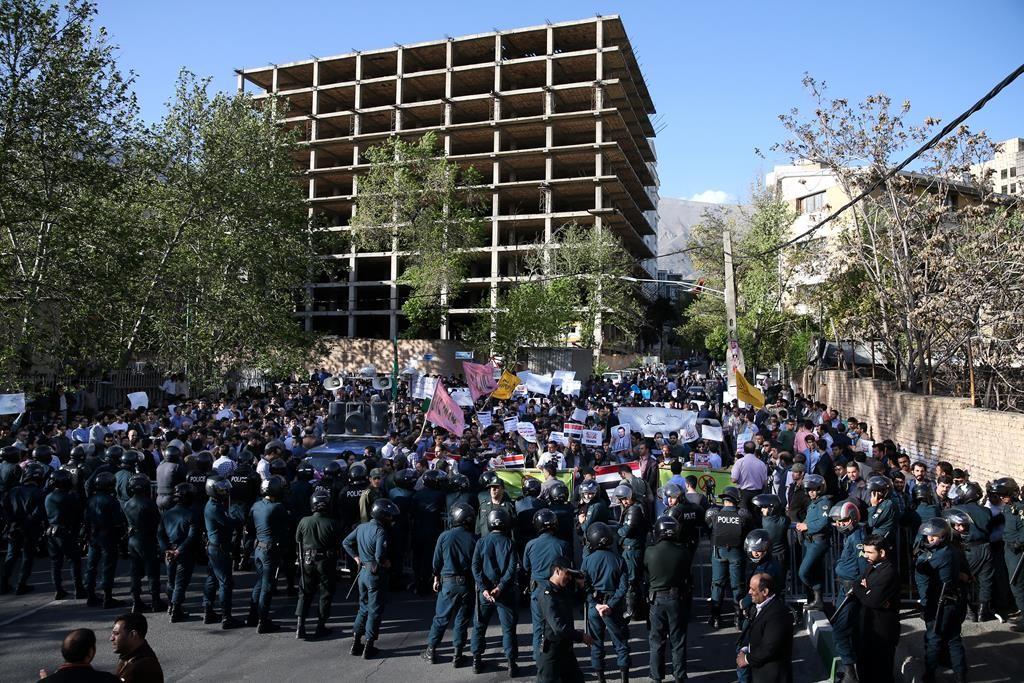 Iran on Monday urged the formation of a new Yemeni government and offered to assist in a political transition, comments likely to anger Saudi Arabia, which is backing Yemen’s president against a rebel force allied with Iran.

The Houthi advance towards the Yemeni city of Aden forced President Abd-Rabbuh Mansur Hadi to flee to Riyadh last month and triggered a Saudi-led campaign of air strikes to try to drive back the rebels, who share their Shi’ite faith with Iran.

“I had the privilege of participating in the Bonn Conference when we created the Afghan government. Actually we didn’t do it, the Afghans did … We can do that in Yemen too,” Iranian Foreign Minister Mohammad Javad Zarif said in a speech during a two-day visit to Kazakhstan.

The Bonn Conference was held in 2001 to rebuild the Afghan state after its Taliban rulers were ousted in a U.S. invasion supported by allied Afghan forces, resulting in an entirely new political system for Afghanistan.

Zarif’s suggestion of a similar process for Yemen is likely to be seen by Saudi Arabia as an attempt to extend Iran’s influence on the Arabian Peninsula, where a Saudi-led coalition of Sunni-ruled Arab states is trying to shore up support for Hadi.

The rivalry for influence between Sunni-ruled Saudi Arabia and Shi’ite Iran in countries such as Yemen, Iraq and Syria has fueled sectarian instability in the Middle East since the Arab Spring uprisings of 2011.

In an opinion piece in the New York Times, Hadi said Iran was “obsessed with regional domination” and the Houthis were its “puppets”.

Tehran does not recognize Hadi as Yemen’s president but says it has not given military support to the Houthis, who have long complained of exclusion from power in Yemen and seized the capital Sanaa in September.

As street fighting raged in Aden on Monday, 40 Houthi fighters surrendered to local militiamen in a mosque, residents said.