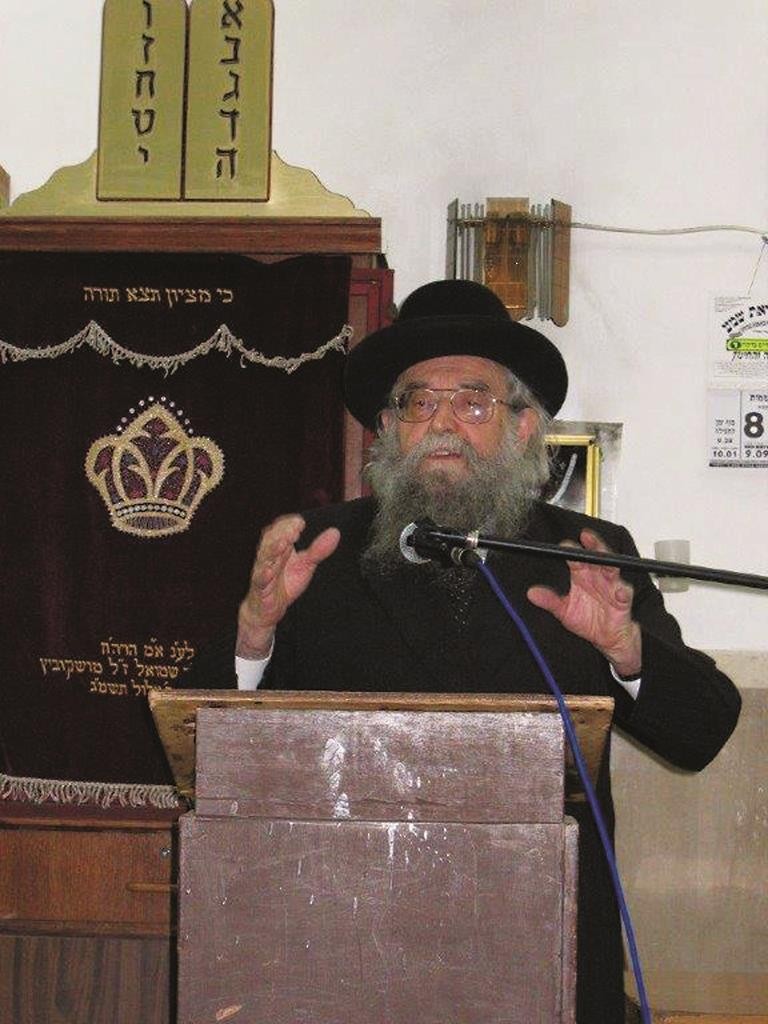 It was with great sadness that the Torah world and particularly the community of Antwerp learned of the petirah of Hagaon Harav Yehudah Aryeh Treger, zt”l, Rosh Yeshivah of Yeshivas Eitz Chaim and son-in-law of  Hagaon Harav Shlomo Zalman Auerbach, zt”l. He was 81 and passed away after a protracted illness.

Harav Treger personified a talmid chacham whose whole life-source was drawn from his study and teaching of Torah. His knowledge spanned all areas of Tanach, Midrash, Shas and Poskim.

Talmidim recalled the great clarity and depth of his masterful shiurim. The Rosh Yeshivah built several generations of bnei Torah through a combination of instruction in derech halimud, sage advice and the example he set of what it means to live a life of dedication to Torah.

He was born in 1934 in Lenchna, Poland. His parents were Reb Avraham, z”l, and Nechama, a”h, Treger. His father was a dedicated Chassid of the Rebbes of Amshinov, but the family had roots in several of the great chassidic courts of Poland, including Kotzk and Ishbitz.

The family relocated to Eretz Yisrael before the outbreak of the Second World War. There, young Yehudah Aryeh learned in the famed Etz Chaim Yeshivah of Yerushalayim. As a young bachur, he attended the shiurim of Harav Isser Zalman Meltzer, zt”l. He was privileged to converse in learning with many of the Gedolim of the day, including the Chazon Ish, zt”l, and the Brisker Rav, zt”l.

Reb Yehudah Aryeh continued his studies at Yeshivas Slabodka in Bnei Brak. His reputation as a young talmid chacham spread quickly, and at age 18 he was known to have mastered 800 blatt of Gemara by heart.

Throughout his life, one of the Rosh Yeshivah’s most unique traits was his seamless blending of the warmth and depth of Chassidus that he had acquired from his upbringing and the Torah and mussar approaches he had gleaned from the great Lithuanian Gedolim.

In 1957 he married Miriam Auerbach, the daughter of Harav Shlomo Zalman Auerbach. The renowned Posek retained a special bond with his son-in-law, and even after Harav Treger’s relocation to Antwerp the two corresponded regularly.

At the notably young age of 28, Rav Yehudah Aryeh was invited by Harav Chaim Kreiswirth, zt”l, to assume the position of Rosh Yeshivah of Yeshivas Etz Chaim, commonly known by the Antwerp suburb in which it is located, Wilrijk. He led the yeshivah with tremendous dedication for decades. In later years, he moved into the main Jewish community of Antwerp, where he delivered many popular shiurim daily to local residents, raising the level of Torah study in the celebrated kehillah.

The Rosh Yeshivah was niftar on Monday morning in Lakewood, where he had been residing at the home of his daughter Mrs. Reiss while receiving medical treatment. The levayah was held in front of Beth Medrash Govoha. Maspidim were Harav Aryeh Malkiel Kotler, shlita, Rosh Yeshivah of Beth Medrash Govoha; Harav Yaakov Perlow, shlita, Novominsker Rebbe and a mechutan of the niftar; Rabbi Yitzchak Reiss, a son-in-law; and Dr. Michael J. Zelefsky, who treated the Rosh Yeshivah during his recent years of illness. The aron was then flown to Eretz Yisrael for burial on Har Hamenuchos.