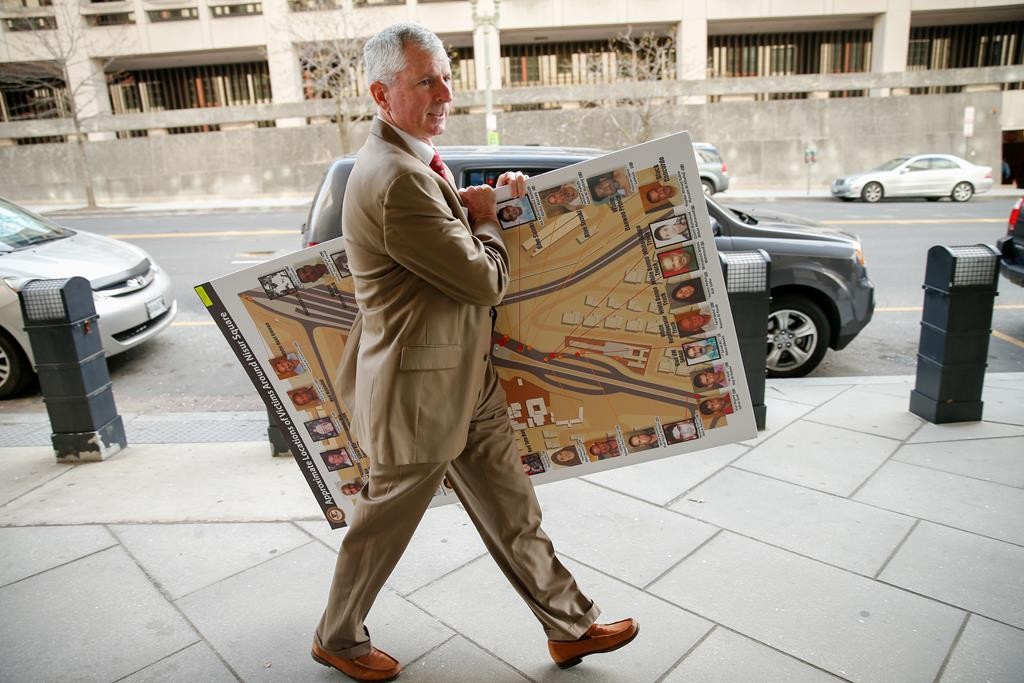 A federal judge sentenced former Blackwater security guard Nicholas Slatten to life in prison and three others to 30-year terms for their roles in a 2007 shooting that killed 14 Iraqi civilians and wounded 17 others.

The carnage in Baghdad’s Nisoor Square caused an international uproar over the use of private security guards in a war zone.

U.S. District Judge Royce Lamberth sentenced Slatten, who witnesses said was the first to fire shots in the incident, to life, on a charge of first-degree murder. The three other guards – Paul Slough, Evan Liberty and Dustin Heard – were each sentenced to 30 years and one day in prison for charges that included manslaughter, attempted manslaughter and using firearms while committing a felony.

Lamberth announced the sentences after a daylong hearing at which defense lawyers had argued for leniency and presented character witnesses for their clients, and prosecutors asked that those sentences – the minimums mandatory under the law – be made even harsher. He rejected both requests.

“Based on the seriousness of the crimes, I find the penalty is not excessive,” Lamberth said.

All four were convicted in October for their involvement in the killings in the crowded traffic circle in downtown Baghdad. The legal fight over the killings has spanned years.