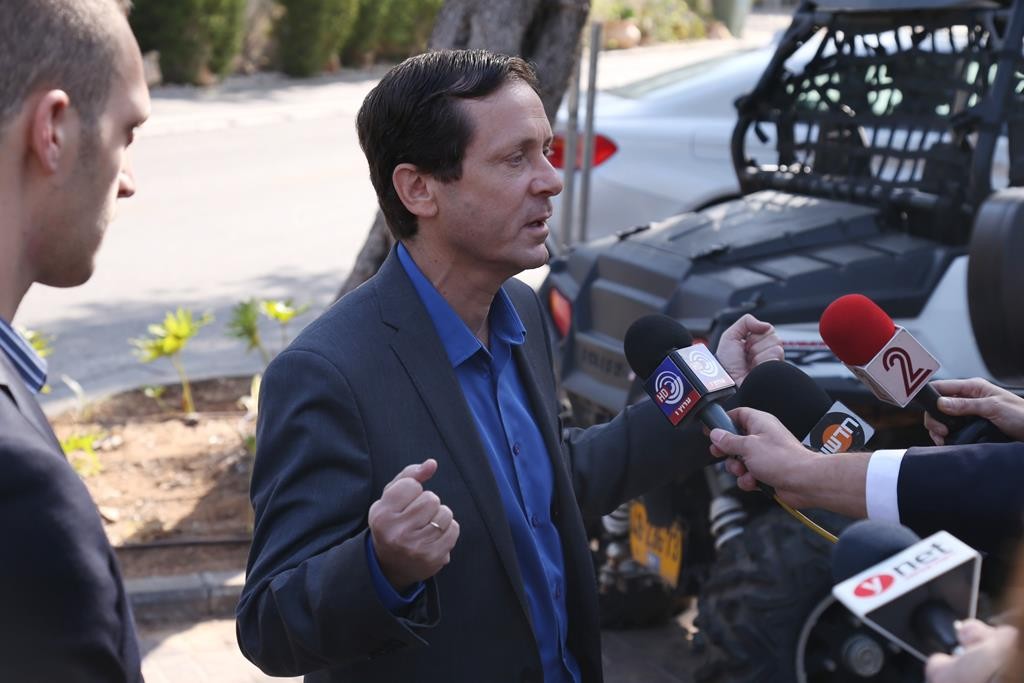 Opposition leaders Isaac Herzog and Tzipi Livni declared on Sunday that Israel should seek a fail-safe accord with the P5+1 group allowing Israel to defend itself militarily if Iran fails to comply with agreed restrictions to its nuclear program.

Zionist Union co-leaders Herzog and Livni presented their “alternative plan of action” in view of what they termed “problematic” parameters of the emerging deal that hold “real potential dangers for the long term.”

They suggested that Israel should obtain an understanding from the U.S. that, should Iran violate the deal and threaten Israel with a nuclear weapon, Israel’s right to act on its own behalf would be respected.

Their proposal came on a day when President Barack Obama and Israeli Prime Minister Binyamin Netanyahu continued to spar over the Iran issue.

Obama said that while Netanyahu has vigorously opposed the deal in the works, he has offered no viable alternative.

“I have repeatedly asked — what is the alternative that you present that you think makes it less likely for Iran to get a nuclear weapon? And I have yet to obtain a good answer on that,” Obama said during a press  conference at the Americas summit in Panama City.

Netanyahu on Sunday fired another shot at the deal, but also offered his alternative:

“In the last few days, Iran has shown again why it can’t be trusted,” he said in a statement.

“Iran insists on maintaining its formidable nuclear capabilities with which it could produce nuclear bombs. Iran insists on removing all sanctions immediately. And Iran refuses to allow effective inspections of all its suspect facilities. At the same time, Iran continues its unbridled aggression in the region and its terrorism throughout the world.

“So let me reiterate again the two main components of the alternative to this bad deal: First, instead of allowing Iran to preserve and develop its nuclear capabilities, a better deal would significantly roll back these capabilities — for example, by shutting down the illicit underground facilities that Iran concealed for years from the international community.

“Second, instead of lifting the restrictions on Iran’s nuclear facilities and program at a fixed date, a better deal would link the lifting of these restrictions to an end of Iran’s aggression in the region, its worldwide terrorism and its threats to annihilate Israel.”

The Obama administration insists, however, that the deal under discussion is the best possible one, and that other approaches that have been suggested are unrealistic.

Meanwhile, it was reported that Secretary of State John Kerry and his undersecretary, Wendy Sherman, the chief negotiator in the nuclear talks, met last week with leaders of some prominent Jewish organizations to discuss Iran issues with them.

“As part of the administration’s regular outreach to various civil society groups in the U.S., the Secretary met with a group of Jewish American leaders Wednesday to discuss the U.S.-Israel relationship and the latest developments in our negotiations with the EU, P5+1 and Iran over Iran’s nuclear program,” a State Department official told the Jewish Telegraphic Agency.

The meeting was off-the-record, and participants could not give details.

However, as one Jewish official said, “Both the secretary and the undersecretary articulated with depth, rigor and passion the deal and explained it. There was an opportunity for real engagement. Secretary Kerry was reaching out to those who need more engagement and convincing.”

That meeting came a day after Central Intelligence Agency chief John Brennan branded critics of the emerging agreement with Iran “disingenuous” when they say the deal could still allow the Islamic Republic to build nuclear weapons.

“The individuals who say that this deal provides a pathway for Iran to a bomb are being wholly disingenuous, in my view, if they know the facts and understand what is required for a program,” Brennan said at Harvard’s John F. Kennedy School of Government. “I certainly am pleasantly surprised that the Iranians have agreed to so much here.”

Brennan said he understood that some critics of the deal were wary that even with an accord Iran would have the ability “to cause more trouble” in the Middle East, where neighboring countries, including Iraq, are fighting violent groups, including the Islamic State.

“That’s a legitimate issue, concern and argument but that’s why I say what they shouldn’t be doing is trying to pull apart this deal … that’s as solid as you’re going to get,” Brennan said.