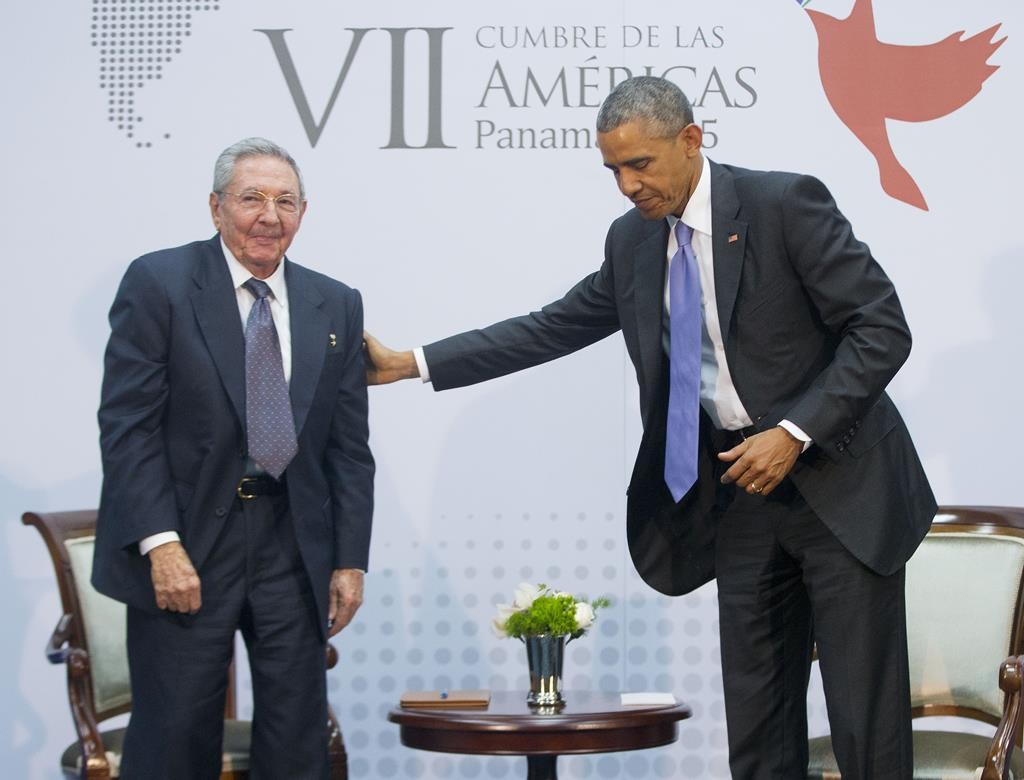 President Barack Obama met Cuban President Raul Castro on Saturday in the highest-level talks between the two countries in nearly 60 years, and the two men agreed to push ahead on improving relations after decades of hostility.

Describing their private meeting as “historic,” Obama said the two countries can now end the antagonism of the Cold War era, although he said he would continue to pressure the communist-led country on democracy and human rights.

“Obviously there are still going to be deep and significant differences between our two governments,” Obama told Castro as they met in Panama, where they both attended a summit of leaders from across the Americas.

The U.S. president said he believed both sides could raise their concerns about the other’s policies yet still work together to boost commercial, travel and diplomatic ties.

“The Cold War is over … Cuba is not a threat to the United States,” Obama later told reporters, pointing out that at 53, he wasn’t even born when Castro and his brother Fidel seized power in the 1959 Cuban revolution.

The meeting followed a landmark agreement in December, when Obama and Castro announced they would move to normalize relations, including seeking to restore diplomatic ties that were broken off by Washington in 1961.