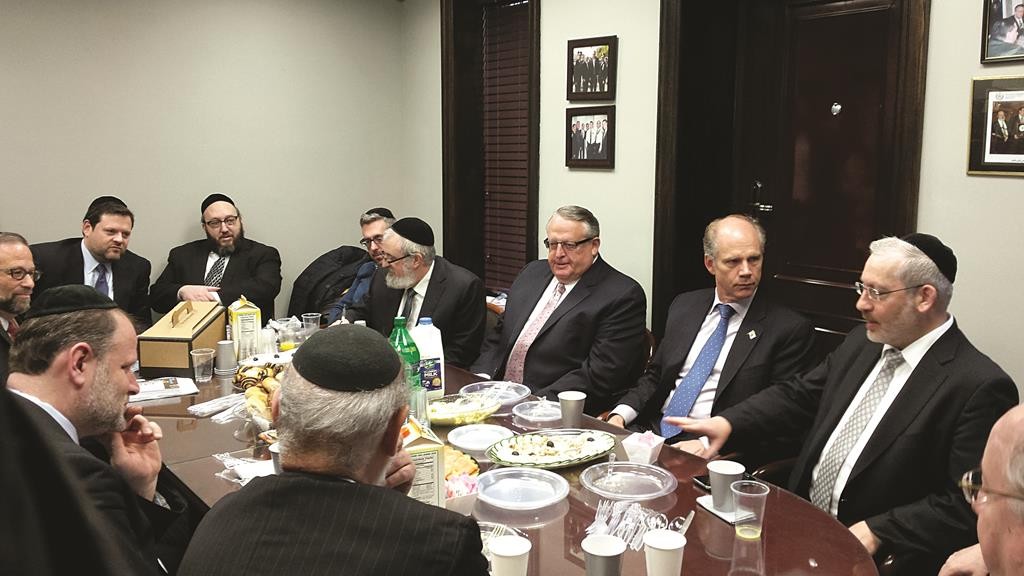 Staten Island District Attorney Dan Donavan, a Republican candidate for the special House election in May, met Tuesday with the Flatbush Jewish Community Coalition to discuss matters of importance to the Orthodox community.

Donavan, considered the frontrunner against Democrat Vincent Gentile, is seeking the seat vacated by Rep. Michael Grimm, who resigned last December. The district includes Staten Island and parts of Brooklyn.

Donavan declared his support for school choice and made the case for a Republican voice representing New York City in a GOP Congress.

Gentile, a councilman from Brooklyn, will meet the FJCC after Pesach.