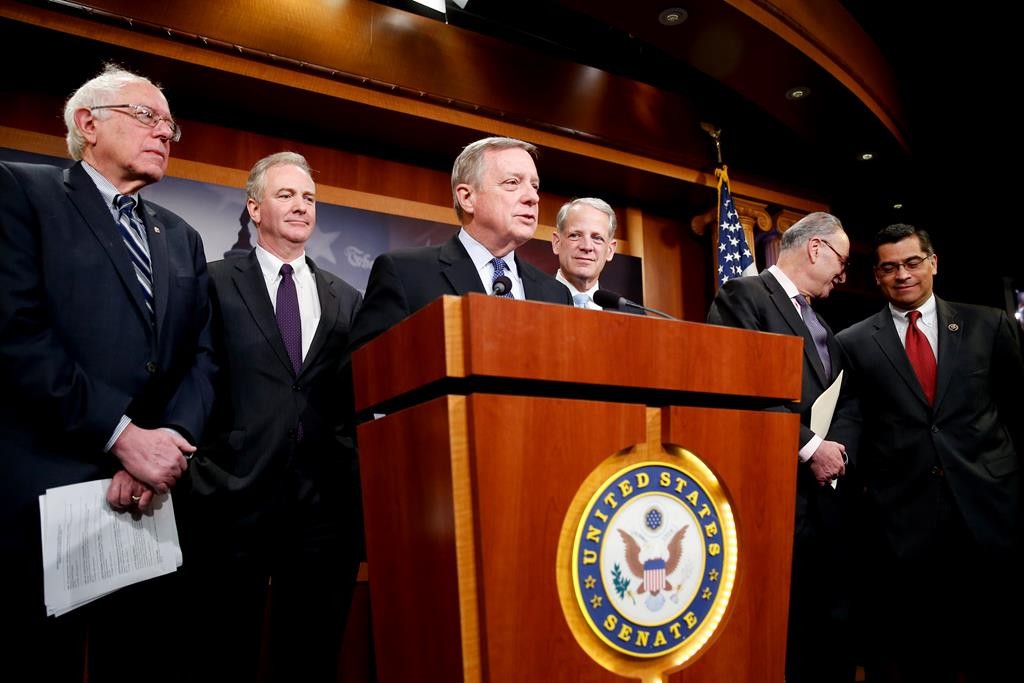 Senate Minority Leader Harry Reid’s decision to retire has sparked a very public feud between the No. 2 and No. 3 Senate Democrats, Dick Durbin of Illinois and Chuck Schumer of New York.

The two are longtime colleagues and former housemates in a group home on Capitol Hill who have clashed for power in the past.

This time, Durbin stood aside in the hours before Reid’s retirement became public Friday morning, throwing his backing to Schumer and allowing the outspoken New Yorker to lock up support for the job of Democratic leader. Reid (D-Nev.) publicly blessed Schumer, long seen as his likeliest successor, and Democrats hoped a messy leadership fight had been avoided.

The mess was still to come.

According to Durbin’s version of events, in the same conversation where Durbin told Schumer he would not challenge him for leader, Schumer pledged his support for Durbin to hang onto the No. 2 job as Democratic whip.

According to Schumer, that never happened.

Remarkably, for a town that thrives on anonymous gossip, spokesmen for both men have taken the disagreement public.

Durbin spokesman Ben Marter is telling Durbin’s side of the story to anyone who asks, asserting, “The two senators agreed to support one another, and shook hands on the deal.”

Schumer spokesman Matt House, whose office is just across the hall on the ornate third floor of the Capitol, is disputing Durbin’s version of events just as openly, insisting, “That did not happen, and they know it.”

And now it’s not clear that Durbin, who is at a conference in Berlin, will stick with his endorsement of Schumer. Asked whether, in light of the disagreement, Durbin’s endorsement would stand, Marter said only, “Sen. Durbin is out of the country this week.”

Waiting in the wings is Sen. Patty Murray (D-Wash.), now No. 4 in the leadership echelon. She is being talked about for the whip job and would likely have support from a number of fellow women senators. Murray is carefully leaving the door open, backing Schumer for leader but declining to weigh in on the question of whether Durbin should stay on as his No. 2.

Schumer is not publicly backing Murray. But the fact that he is refusing to endorse Durbin to remain in his current job has created the impression that the combative New Yorker is maneuvering to push the more mild-mannered Illinoisan out the door.

Durbin and Schumer roomed together for 22 years in a row house on Capitol Hill owned by former California Rep. George Miller, until Miller sold the house last year. Yet for a long while both eyed the top Senate job. Over time, Schumer outmaneuvered Durbin, winning over fellow Democrats with his fundraising prowess and skill as a political tactician and spokesman for his party.