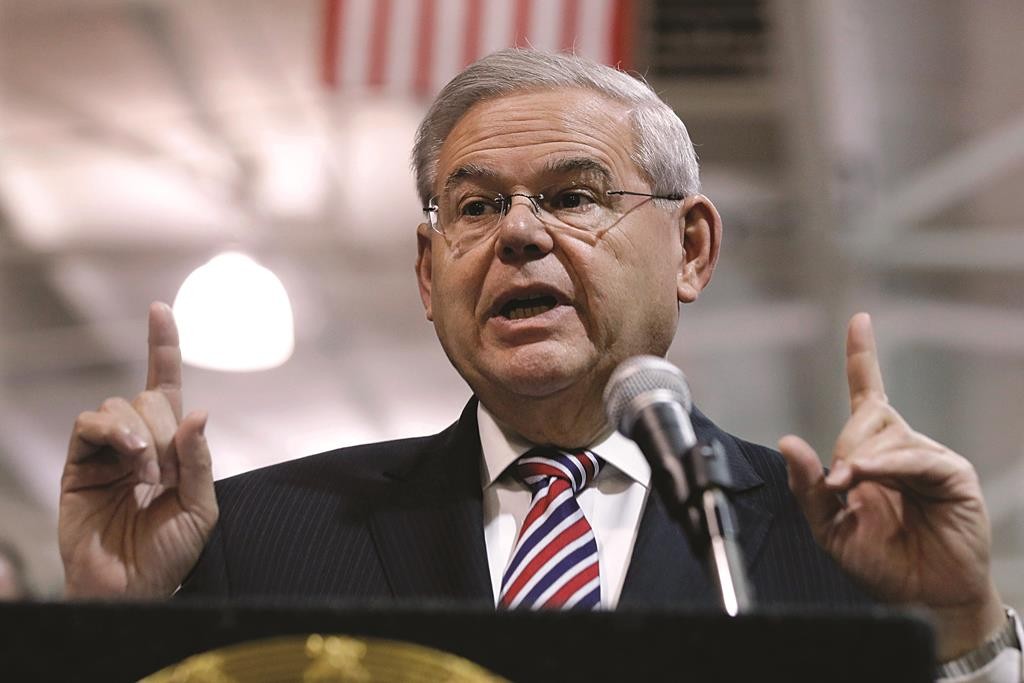 Sen. Bob Menendez, the son of Cuban immigrants who rose to become one of the highest-ranking Hispanic members of Congress, was indicted Wednesday on corruption charges.

The New Jersey Democrat, an influential voice on foreign policy, was accused of using his office to improperly benefit a Florida eye doctor and political donor who provided him with trips aboard his luxury jet.

The indictment from a federal grand jury in New Jersey charged the senator with 14 counts, including bribery and conspiracy, over his ties to Dr. Salomon Melgen, a wealthy doctor and the politician’s longtime friend. Melgen was also charged.

The indictment clouds the political future of the top Democrat — and former chairman — of the Senate Foreign Relations Committee who has played a leading role opposing Iran’s nuclear program and U.S. efforts to improve ties with Cuba.

Menendez has acknowledged that he flew multiple times without paying on Melgen’s private jet and taking actions that could benefit Melgen, among them contacting U.S. health agencies to ask about billing practices and policies. But the lawmaker has said he did nothing wrong and that he and Melgen have been friends for decades.