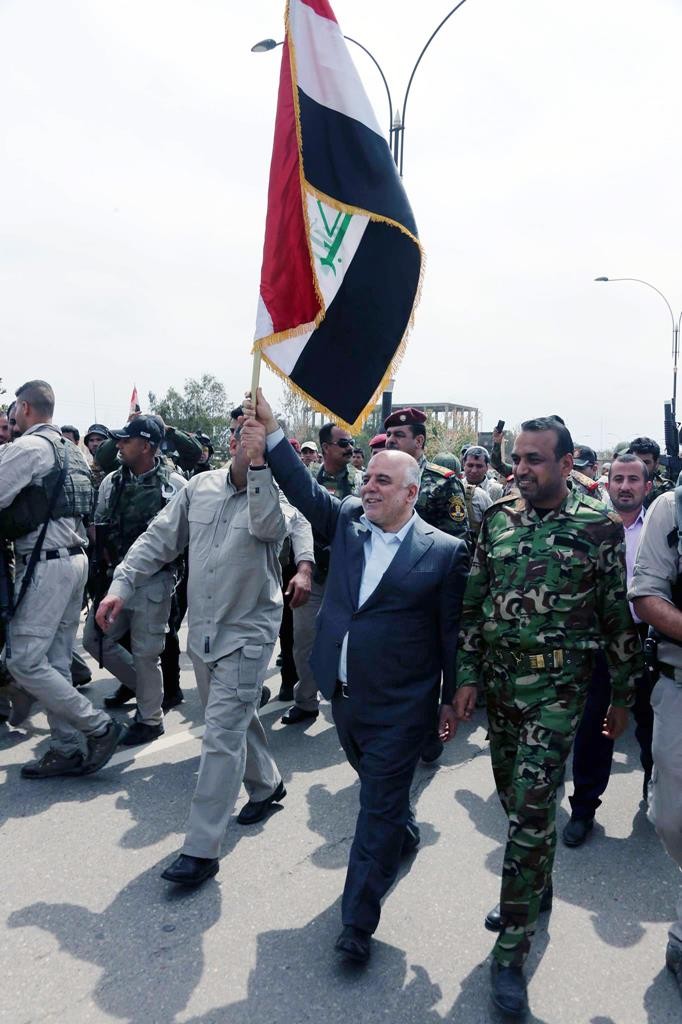 The government declared victory in Tikrit on Wednesday over the Islamic State group, and it warned the group holding other Iraqi provinces that they would be the next to fall.

Prime Minister Haider al-Abadi walked triumphantly along a street in Tikrit, carrying an Iraqi flag and surrounded by jubilant forces.

Across the border in Syria, however, Islamic State fighters made their deepest foray yet into the capital of Damascus by infiltrating a Palestinian refugee camp, according to opposition activists and Palestinian officials.

Iraq’s victory over the extremists in Tikrit was seen as a key step toward eventually driving the group out of Mosul, Iraq’s second-largest city and the capital of Nineveh province.

Defense Minister Khalid al-Obeidi announced the victory, saying security forces have “accomplished their mission” in the monthlong offensive to rid Saddam Hussein’s hometown and the broader Salahuddin province of the terrorist group.

Al-Abadi said that military engineering units still need more time to clear Tikrit of booby traps and looked to the next steps for the city and province.

“G-d willing, there will be a fund to rebuild areas destroyed by Daesh and the war. Tikrit and Salahuddin areas will be covered by this fund,” al-Abadi said, using the Arabic acronym for the Islamic State group.