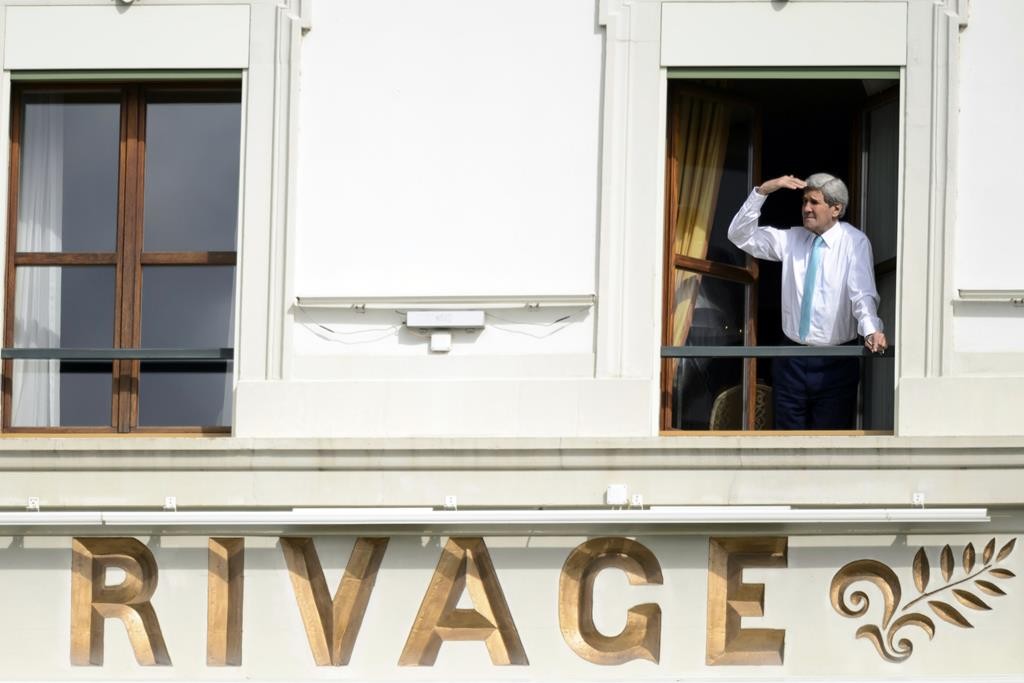 With even a vague outline of an Iran nuclear deal eluding their grasp, negotiators headed for double overtime Wednesday night in a marathon attempt to find common ground for a more important task — forging a final deal by the end of June.

Iran and six world powers had cited progress in abandoning their March 31 deadline for the basic understanding that would prepare the ground for a new phase of negotiations on a substantive deal. But as differences persisted into late Wednesday, the State Department announced that Secretary of State John Kerry was postponing his departure and would remain until at least Thursday morning.

The talks — the latest in more than a decade of diplomatic efforts to curb Iran’s nuclear prowess — will hit the weeklong mark on Thursday, with diplomats from the five permanent members of the U.N. Security Council and Germany scrambling to reach a framework accord with Iran.

“We continue to make progress but have not reached a political understanding,” spokeswoman Marie Harf said in announcing Kerry’s decision.

At the same time, Iranian Foreign Minister Mohammed Javad Zarif accused his country’s negotiating partners, particularly the U.S., of having “defective” political will in the talks.

The negotiators’ intention is to produce a joint statement outlining general political commitments to resolve concerns about the Iranians’ nuclear program in exchange for relief of economic sanctions against Iran. In addition, they are trying to fashion other documents that would lay out in more detail the steps they must take by June 30 to meet those goals.

But Iran has pushed back, demanding a general statement with few specifics. That is politically unpalatable for the Obama administration, which must convince a hostile Congress that it has made progress in the talks so lawmakers do not enact new sanctions that could destroy the negotiations.

By blowing through self-imposed deadlines, Obama risks further antagonizing lawmakers in both parties who are poised to take their own action to upend a deal if they determine the president has been too conciliatory.

The initial response to the extensions from Republicans suggested they had already come to that conclusion.

“It is clear, the negotiations are not going well,” said Sens. John McCain and Lindsey Graham in a statement. “At every step, the Iranians appear intent on retaining the capacity to achieve a nuclear weapon.