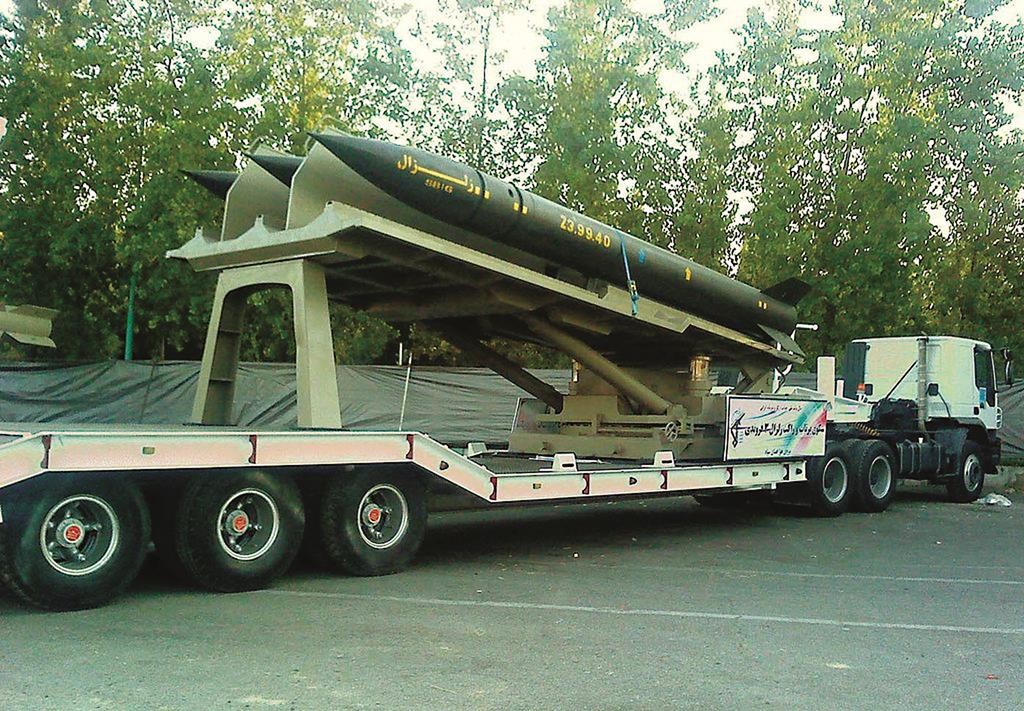 Hasson, who is responsible for upper-tier missile defenses in the Defense Ministry’s Administration for the Development of Weapons and Technological Infrastructure, warned that the threat from across the border in Lebanon has not stood still since the  Second Lebanon War in 2006.

He called Iran a “train engine that is not stopping for a moment. It is manufacturing new and advanced ballistic missiles and cruise missiles. It is turning unguided rockets that had an accuracy range of miles into weapons that are accurate to within yards.”

Also at the conference was Riki Ellison, founder and chairman of the U.S. Missile Defense Advocacy Alliance, a non-profit specializing in promoting missile defenses.

Ellison offered some reassurance about Israel’s vulnerabilities. He said the U.S. always keeps at least one war ship in the Mediterranean with an Aegis naval missile defense system to provide Israel protection against long-range Iranian ballistic missiles. “It can stand off the coast and shoot long-shots coming in from Iran,” Ellison said.

He pointed out that it is in America’s interest to see the completion of Israel’s missile defense system, which would enable it to stand alone without the Aegis, freeing up the U.S. Navy’s ships for assignment elsewhere.

The U.S. Terminal High Altitude Area Defense (THAAD) batteries are also available “if necessary to come into Israel to support your country’s defense.”

Meanwhile, Iran broadcast a clarification of its foreign policy intentions, in case anyone had been misled by the negotiations over its nuclear program.

The Commander of Iran’s Basij (volunteer) Force, Brigadier General Mohammad Reza Naqdi, was quoted on Kol Yisrael radio Tuesday as saying that “wiping Israel off the map is not up for negotiation.”

Naqdi also threatened Saudi Arabia and said that the counterattack it is waging in Yemen, against Iran-backed Houthis, “will end up like Saddam Hussein.”