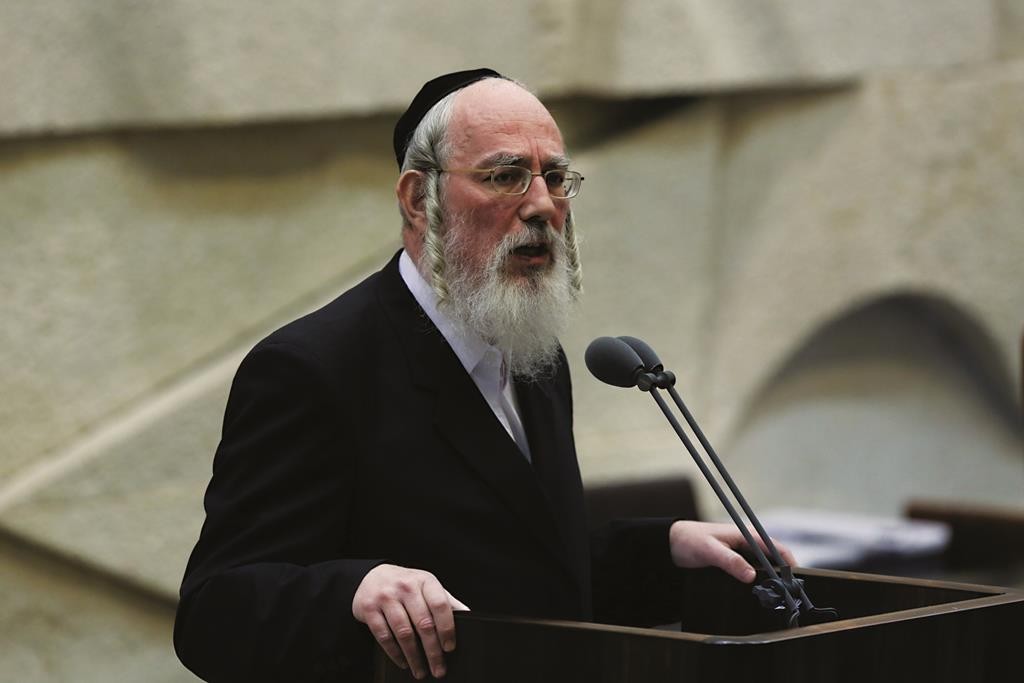 The election is over and UTJ is now negotiating with Netanyahu to enter the government. Please share your thoughts with our readers.

First of all, I must say that all of us who believe that Hashem controls everything can see what is transpiring with great clarity. Only a year ago we all went into the streets — hundreds of thousands of us, led by Gedolei Yisrael — to be mispallel, to cry to Hashem to abolish the law against the yeshivah students. At the time it seemed that we had run out of options.

A year later, the Ribbono shel Olam has brought down this evil government … And now, we are being told that Netanyahu is willing to abolish all the laws enacted under Lapid and return to the status quo that existed before the last government was formed.

If this will happen, it will be a great yeshuah for us.

Do you know whether they will keep their word?

No. I only know that they have promised to abolish these actions, which in itself is a great accomplishment. Until now they promised us the 10 makkos and the 250 makkos … Whether they will keep their word is another story … This depends a lot on us and on them, and further on the same Ribbono shel Olam Who tied their hands and feet [so] that they are all admitting now that the yeshivah draft law was a mistake.

If the Knesset were to repeal the law, would you still have the problem of the Supreme Court, which in the past has ruled against exemptions for the yeshivah bachurim?

Yes. The elections do not solve the problem that Israel has not been a real democracy for a long time. In essence there are two governments — one, a permanent one consisting of the Supreme Court, the judicial system and the media; the other, a temporary one which changes — the parliament, the government and elected officials.

The fact that we still have the possibility to vote for a government is a gevalidige thing. In the Middle East there are many countries which aren’t democracies at all …

Here in Israel we have a combination of both types of government, and in the judicial system we have no influence. Only the Ribbono shel Olam can fight them. In regard to the parliament, we can undertake to do hishtadlus, and there is a new ruach, and with Hashem’s help, we will try to stand on guard to try to ensure that the promises made to us are kept.

We will have to continue to struggle with the Supreme Court. But there, too, there are new members, who now understand the damage the actions of the Supreme Court have done to their standing among the people, especially since the most recent elections featured a revolution by the “mezuzah kissers” against the kefirah of the “permanent government” of the media and Supreme Court.

The next government will still be led by the same prime minister as the past two years.  Does UTJ’s joining the coalition mean that all is forgiven?

We will not forget and will not forgive. But for now, he is the prime minister. We didn’t choose him; he was the only one who received 30 seats.

He isn’t offering to give us back what was taken from us in the past; all he is promising is to stop giving us makkos. But when someone says that he will stop giving makkos, that is an offer one doesn’t refuse…

I want to add one additional point. In addition to abolishing the actions taken against us, I am very much hoping to change the law that bars individuals from renting out part of their large apartment to a young couple. This will do much to alleviate the housing crisis and help bring down the prices of apartments.

As the coalition talks are proceeding, is there coordination between UTJ and Shas?

On the yeshivah draft, on conversion issues and all other religious matters we work together very closely. It is only in regard to the various positions in the government that each party negotiates on its own.