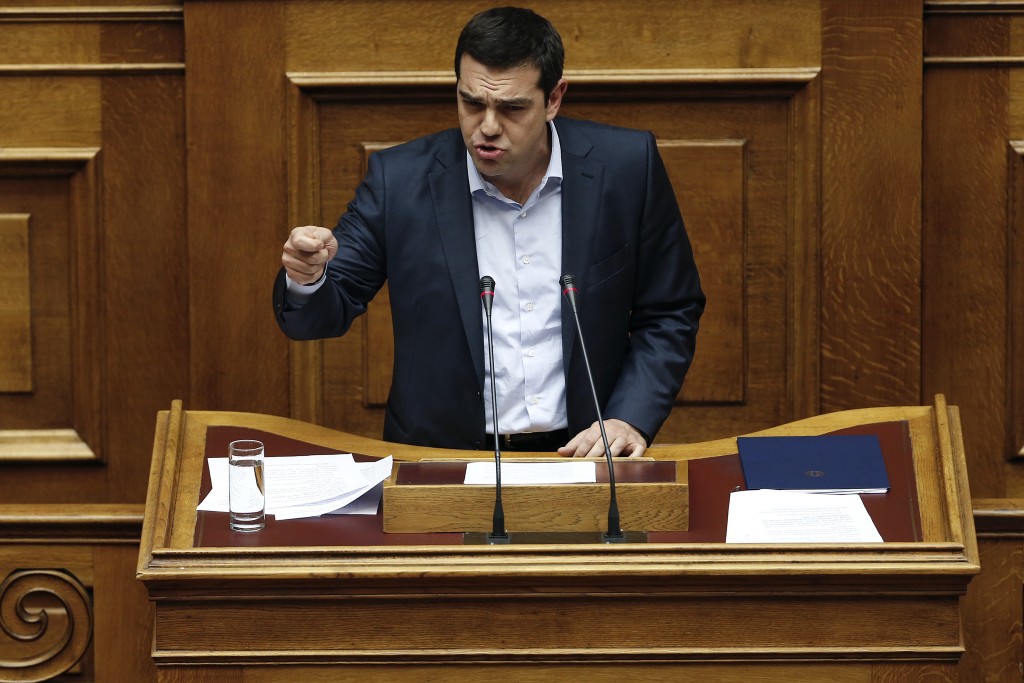 Greece will be unable to repay massive bailout debts without eventually restructuring them, the prime minister said, as pressure from lenders mounted on Athens to produce viable cost-cutting reforms to unlock emergency funds and prevent default.

Alexis Tsipras told Greek lawmakers Monday that his two-month-old government had not abandoned its pledge to seek a debt settlement and push for more generous deficit targets.

“There is the recognition (from lenders) of the need to finally begin a debate on the necessary restructuring of the Greek debt,” he said.

“Because without such an intervention it is impossible to repay it.”

Greece’s reserves are running low on money needed to repay debts and keep the country running after troubled negotiations with lenders and early general elections in January stalled the payout of more than 7 billion euros ($7.6 billion) left in bailout funds for months.

In Brussels, EU Commission spokesman Margaritis Schinas said a deal with Greece “requires a lot of technical work” even after hours of meetings to discuss the Tsipras government proposals over the weekend.

Athens faces debt repayments and rollovers of nearly 3 billion euros ($3.3 billion) in April, mainly in the middle of the month, with obligations rising further in the coming months. Not being able to raise money on international bond markets, Greece depends on bailout creditors for the money to meet those obligations.

Germany, the biggest individual creditor to Greece’s bailouts, insists a lot more still needs to be done. Finance Ministry spokesman Martin Jaeger said the talks were “to be honest, a little hard to evaluate – clearly not an officially submitted comprehensive reform list.”

The Commission’s Schinas appeared a bit more optimistic, saying the continuation of the discussions “is a positive sign that shows willingness and seriousness of all sides to constructively engage.”

So far, Greece says reworked reforms for 2015 would yield 3 billion euros from measures it argues wouldn’t depress economic activity in Greece – cuts to salaries and pensions are out.

An official in Athens said last week that the reforms had been cost-assessed and would still leave Greece with a primary budget surplus – what’s left after debt payments – of 1.5 percent of gross domestic product in 2015 and growth of around 1.4 percent.