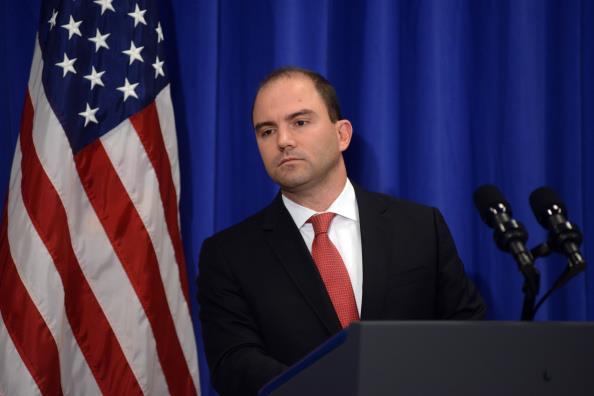 A dozen House Democrats met with Deputy National Security Adviser Ben Rhodes last week, according to Politico, where he was told President Obama was seen as unfairly casting all the blame for the diplomatic impasse with the Palestinians on Israel.

When Rhodes asked for their support for the emerging Iranian nuclear deal, he was met with a scathing response:

While Rhodes would not comment on the report, an unnamed official quoted by Politico indicated the U.S. would tone down its criticism of Netanyahu.

“We’ve made our point. The message has clearly been received,” the official said. “The next move is theirs, presumably after the new government has been formed.”

The official conceded that at the time of Netanyahu’s comments, “there wasn’t a process to be killed,” but is seeking concrete actions from Netanyahu to prove his commitment to a peace accord.

Meanwhile, former Secretary of State Hillary Clinton said in a telephone discussion with Malcolm Hoenlein, executive vice chairman of the Conference of Presidents of Major American Jewish Organizations, that she “thinks we need to all work together to return the special U.S.-Israel relationship to constructive footing, to get back to basic shared concerns and interests.” Clinton also stressed the need for a two-state solution pursued through direct negotiations between Israelis and Palestinians.

Hoenlein, who initiated the conversation, said, “Secretary Clinton’s views are of special importance and timeliness, given recent issues in the U.S.-Israel relationship. We note her call for direct negotiations between Israelis and Palestinians, which, we believe, is the only possible route to a true peace.”