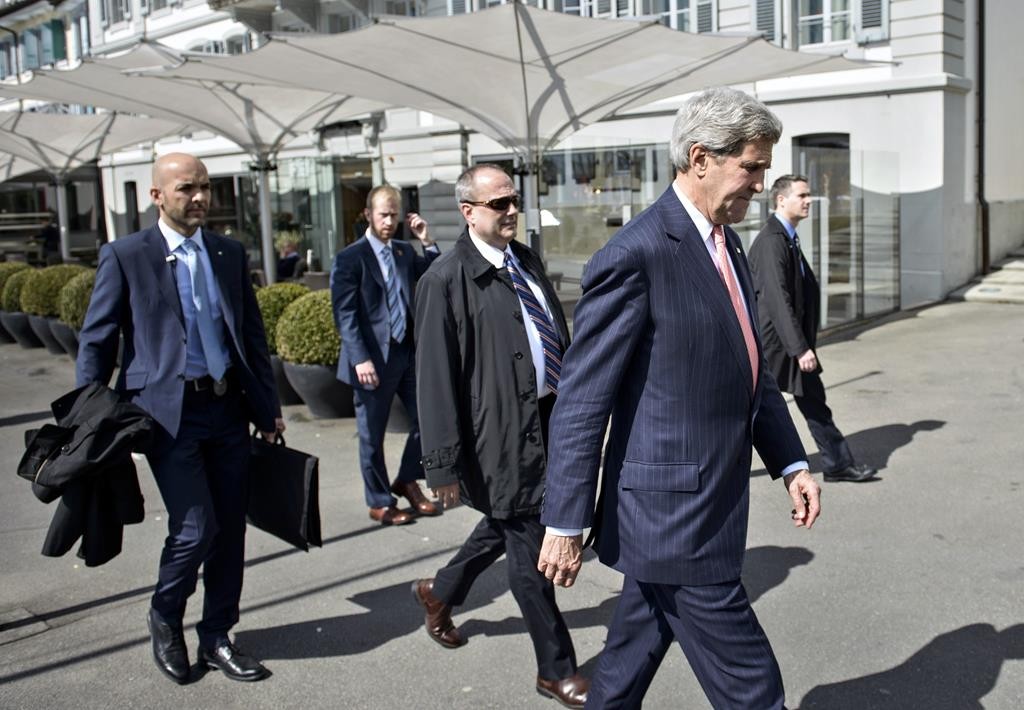 Iran and major powers were struggling on Monday to reach a preliminary nuclear accord as “gloom” set in, with both sides sticking to their positions a day before a self-imposed deadline.

For days Iran, the United States, Britain, France, Germany, Russia and China have been trying to break an impasse in negotiations aimed at ensuring that Tehran cannot develop a nuclear bomb, in exchange for an easing of United Nations sanctions that are crippling its economy.

But officials at the talks in the Swiss city of Lausanne said attempts to reach a framework accord, intended as a prelude to a comprehensive agreement by the end of June, could yet fall apart, and that they were at any rate likely to run until the deadline of midnight on Tuesday or beyond.

“There still remain some difficult issues,” Secretary of State John Kerry told CNN. “We are working into the night and obviously into tomorrow … Everyone knows the meaning of tomorrow.”

Kerry’s spokeswoman Marie Harf said there was a 50/50 chance the parties would succeed in getting a deal on Tuesday.

Senior Iranian negotiator Abbas Araqchi said various proposals were being discussed. “Still, we cannot say we are close to resolving the remaining issues,” he told reporters. “We hope to reach a conclusion tonight or tomorrow, but it is not guaranteed and we have a difficult way to go.”

A Western diplomat said three major sticking points remained, and it was unclear whether they could be resolved.

They related to the duration of any limits on Iranian uranium enrichment and research and development activities after an initial 10 years; the lifting of UN. sanctions; and their restoration if Iran breached the agreement.

Highlighting the general mood, a diplomat quoted by the Chinese news agency Xinhua said the atmosphere among negotiators had turned on Monday from optimism to “gloom”.