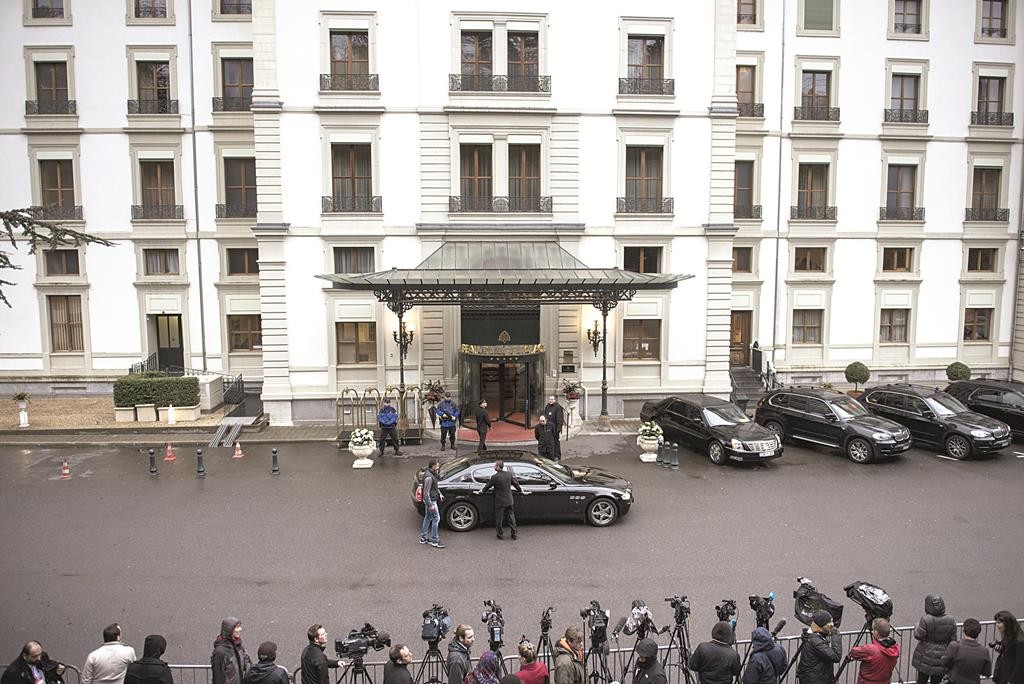 Iran is considering demands for further cuts to its uranium enrichment program but is pushing back on how long it must limit technology it could use to make atomic arms, Western officials involved in the nuclear talks said Sunday.

Iran’s potential movement on enrichment reflected the intense pressure to close a deal. But substantial differences between the sides may prove too difficult to bridge before Tuesday’s deadline for a preliminary agreement, which is meant to set the stage for a further round of negotiations toward a comprehensive deal in June.

Foreign ministers and other representatives of Iran and the six powers in the talks have said there is a chance of succeeding by the deadline despite significant obstacles.

White House spokesman Josh Earnest said it was up to Iran to make that happen.

From Israel, Prime Minister Benjamin Netanyahu renewed strong criticism of what he brands a bad deal.

Over the past weeks, Iran has moved from demanding that it be allowed to keep nearly 10,000 centrifuges enriching uranium, to agreeing to 6,000.

The officials, who spoke on condition of anonymity because they were not authorized to publicly discuss the talks, said Tehran now may be ready to accept even fewer.

Tehran is ready to ship to Russia all the enriched uranium it produces, the officials said, describing a change from previous demands that Iran be permitted to keep a small amount in stock.

One official cautioned that Iran previously had agreed to this, only to change its mind. Iran’s official IRNA news agency Sunday cited an unidentified Iranian negotiator as denying such an agreement had been reached.

The United States and its allies want a deal that extends the time Iran would need to make a nuclear weapon from the present two months to three months to at least a year.

The officials said a main dispute involves the length of an agreement. Iran, they said, wants a total lifting of all caps on its activities after 10 years, while the U.S. and others at the talks — Russia, China, Britain, France and Germany — insist on progressive removal after a decade.

A senior U.S. official characterized the issue as lack of agreement on what happens in years 11 to 15. The official spoke on condition of anonymity in line with State Department rules on briefing about the closed-door talks.