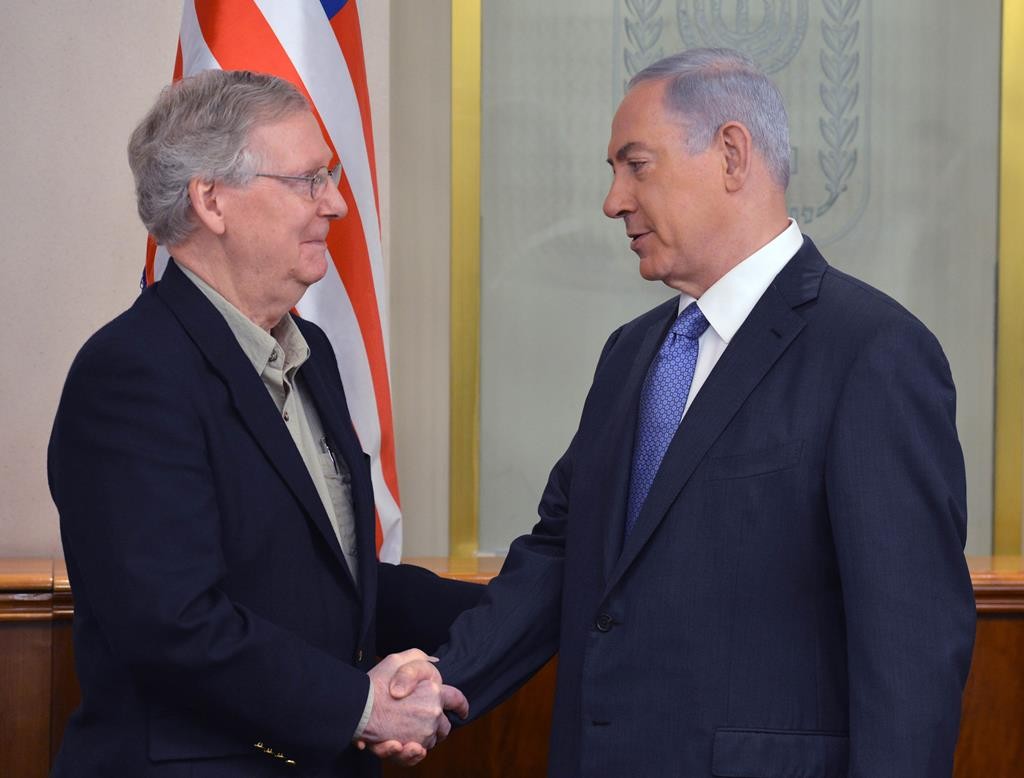 Israeli Prime Minister Binyamin Netanyahu sounded a fresh alarm on Sunday, saying that the framework Iranian nuclear agreement being sought by international negotiators was even worse than his country had feared.

“This deal, as it appears to be emerging, bears out all of our fears, and even more than that,” Netanyahu told his cabinet, as the U.S. and five other world powers and Iran worked toward a March 31 deadline in Lausanne, Switzerland.

Noting advances made by Iranian-allied forces in Yemen and other Arab countries, Netanyahu accused the Islamic republic of trying to “conquer the entire Middle East” while moving toward nuclearization.

“The Iran-Lausanne-Yemen axis is very dangerous to humanity, and must be stopped,” he said.

The prime minister said on Sunday he had spoken to senior U.S. lawmakers from both parties “and heard from them about the steadfast, strong and continuous bipartisan support for Israel.”

Prior to the cabinet meeting, Netanyahu met with visiting Senate Republican leader Mitch McConnell, and spoke over the weekend with the Democratic leader in the Senate Harry Reid, to discuss the Iran talks.

“The group who are here share your concerns about this potential agreement and there are options that the United States has in a wake of an agreement and if there is no agreement. The option if there’s an agreement is a bill that we intend to vote on that enjoys bipartisan support to require that agreement come to Congress for approval,” McConnell said to Netanyahu.

“If there’s no deal, then the view of this group, similar to your own, is that ratcheting up sanctions might be the best direction to take in the wake of a deal that does not come together.”

Strategic Affairs Minister Yuval Steinitz, the Israeli official who has been spearheading efforts to lobby world powers against the Iran deal, voiced cautious hope that the negotiations would collapse as they have in the past.

“We may still have a chance. We are not alone. There are still great doubts in the United States as well as in France, even in England,” Steinitz told Israel Radio, referring to disputes with Iran over the scope of nuclear projects it might be allowed to retain.

Another senior Israeli official, security cabinet minister Gilad Erdan, saw a “good chance” of the powers and Iran reaching a framework deal by the Tuesday deadline, after which they would turn to the end-of-June target date for a comprehensive accord — a final stretch in which more counter-lobbying could be mounted.

“This is not over yet. There’s the Congress, and also the players involved in the negotiations themselves have not agreed on all terms,” Erdan told Israel’s Army Radio. “There is still a great amount of room in which to operate diplomatically before the final accord.”

Meanwhile, House Speaker John Boehner (R-OH) ratcheted up the rhetoric in an interview with CNN on Sunday:

“I think the animosity exhibited by our administration toward the prime minister of Israel is reprehensible,” he said. “And I think that the pressure that they’ve put on him over the last four or five years has frankly pushed him to the point where he had to speak up.” Boehner will travel to Israel this week, and will meet with Netanyahu.

Regarding the flak taken by Netanyahu from the Obama administration over his pre-election vow not to allow a Palestinian state, Boehner said it was understandable.