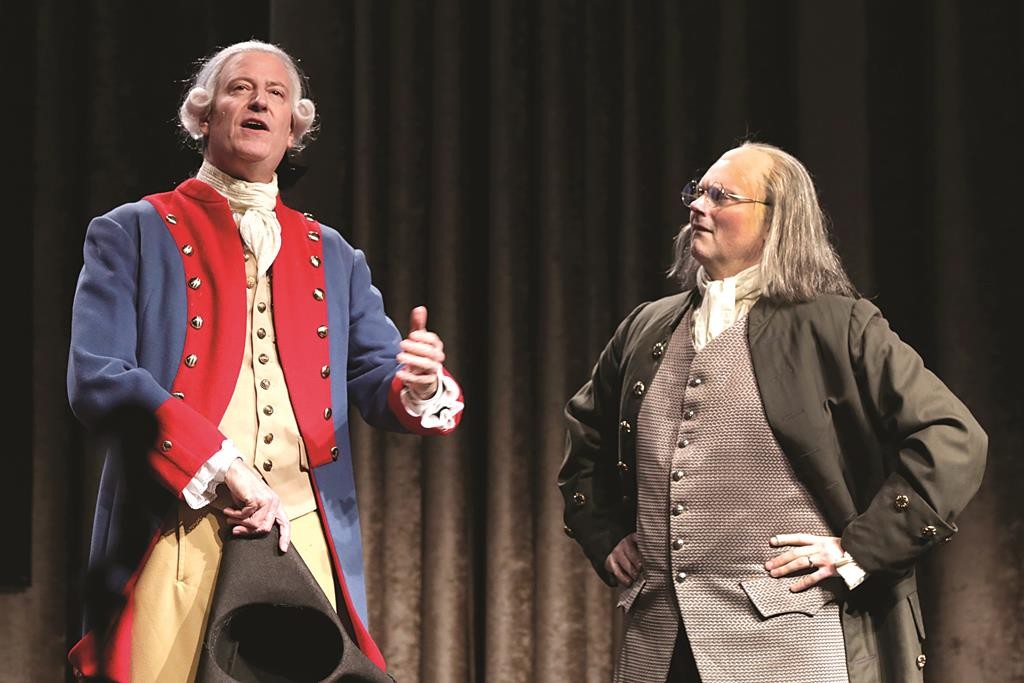 Mayor Bill de Blasio poked fun at himself Saturday night — from his liberal policies to his penchant for tardiness — at the annual Inner Circle charity show.

The show is New York’s answer to the White House Correspondents Dinner, where politicians, reporters and the city’s power brokers rub shoulders during a charity dinner. The highlight each year is the mayor’s performance, which serves as a rebuttal of sorts to the reporters’ show, which opens the night by skewering the mayor and other city and state elected officials.

In the first act of the evening, reporters poked fun at the year de Blasio had. They ribbed his manhandling last year of Staten Island Chuck, the groundhog that later died, and his issues with the police.

De Blasio’s performance was a skit-filled, low-frills affair. That stands in stark contrasts to the outlandish performances put on by his predecessor, Michael Bloomberg, who used his own fortune to hire a professional cast.

The black-tie event is expected to raise about $100,000 for various city charities.