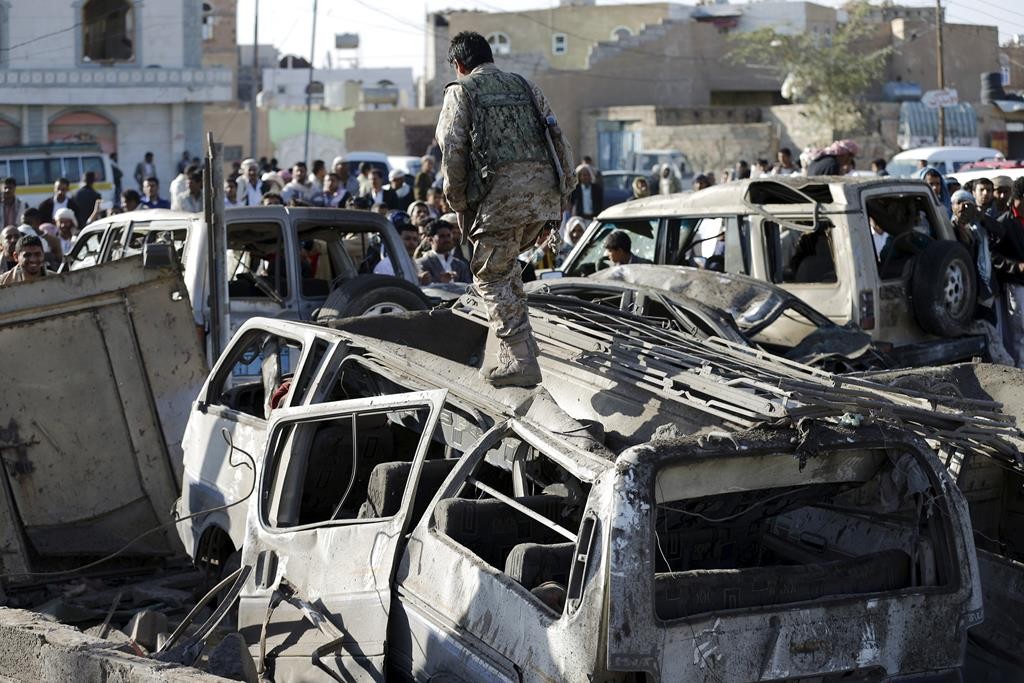 The turmoil in Yemen grew into a regional conflict Thursday, with Saudi Arabia and its allies bombing Shiite rebels allied with Iran.

The military action turned Yemen into a new front in the rivalry between Saudi Arabia and Iran.

Starting before dawn, Saudi warplanes pounded an air base, military bases and anti-aircraft positions in the capital, Sanaa, and flattened a number of homes near the airport, killing at least 18 civilians.

White House spokesman Eric Schultz told reporters that President Obama had authorized logistical and intelligence support for the strikes, but that the U.S. is not joining with direct military action.

Once the airstrikes have weakened the rebels and their allies in the military forces loyal to former President Ali Abdullah Saleh, a ground invasion of Yemen is planned by Egyptian, Saudi and other forces.

The assault will come from Saudi Arabia and by landings on Yemen’s coasts along the Red and Arabian seas, according to three Egyptian military and security officials.

The aim is not to occupy Yemen but to weaken the Houthis and their allies. Saudi Arabia and fellow Sunni-led allies in the Middle East view the Houthi takeover as an attempt by Iran to establish a proxy on the kingdom’s southern border. Iran and the Houthis deny that Tehran arms the rebel movement, though it says it provides diplomatic and humanitarian support.

The dramatic escalation underscores the political complexities for Washington in the Middle East: