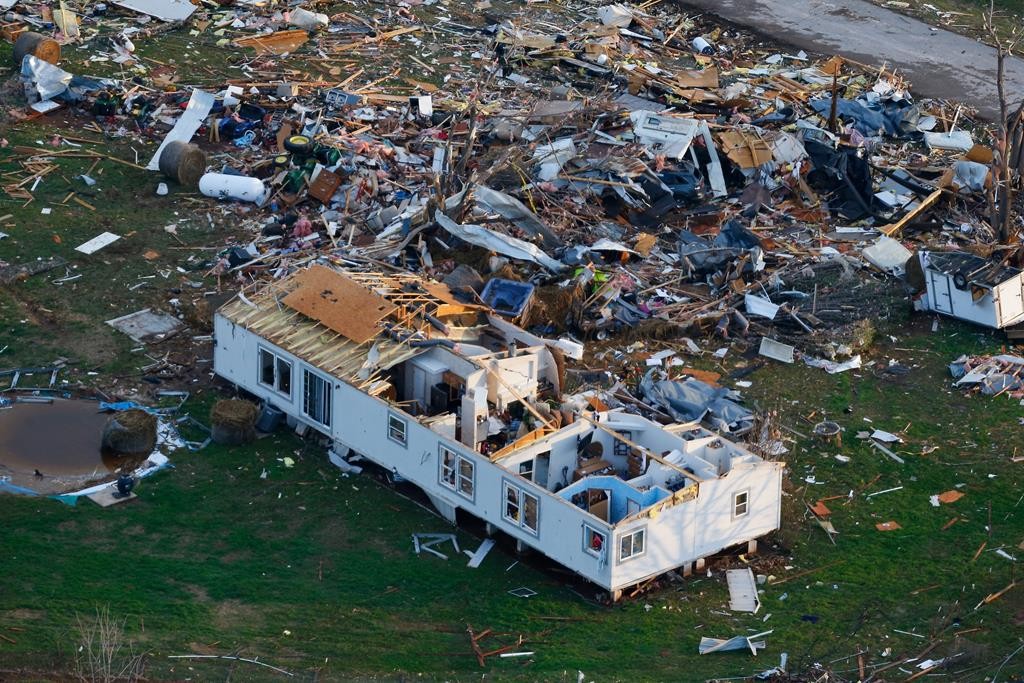 About 15,000 homes and businesses in Oklahoma and Arkansas were without power on Thursday after tornadoes touched down in the states a day earlier, leaving at least one person dead and scores of structures damaged.

School were closed in parts of Oklahoma and clean up was under way from the twisters that hit near Tulsa, Oklahoma City and in northwest Arkansas. Oklahoma Governor Mary Fallin declared a state of emergency in 25 counties.

“Last night’s storms led to widespread damage throughout a large portion of the state,” Fallin said on Thursday.

In the Tulsa suburb of Sand Springs, one person was killed in a trailer park when a tornado ripped through the area. At least 60 buildings were damaged, including a gymnastics studio with about 60 people inside that had its roof ripped off. No one was severely injured in that incident.

Another tornado was spotted in Moore, Oklahoma, where police said multiple buildings were damaged and vehicles overturned. The Oklahoma City suburb was hit by a tornado in 2013 that killed 24 and injured more than 300.

The Moore Public School District said that one elementary school had its roof torn off, and several nearby homes were struck.