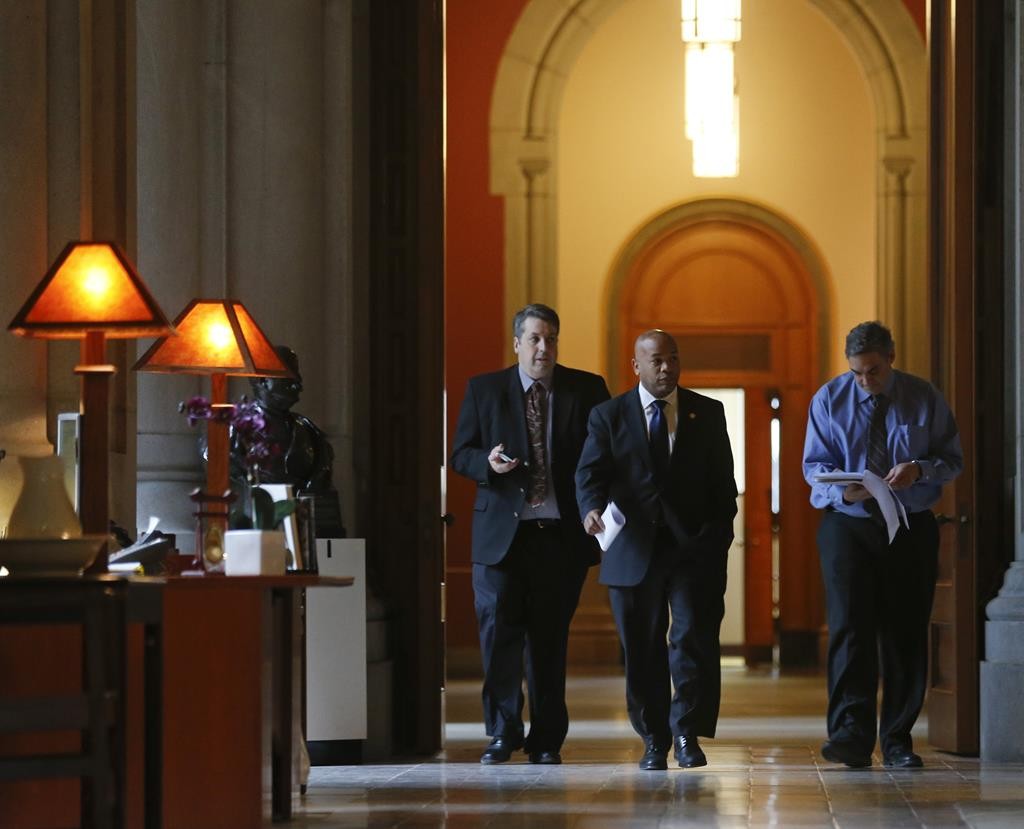 In yet another wrinkle in Albany’s fast-paced sprint to the budget deadline, the governor on Thursday backtracked from his shelving a tuition relief bill and the Assembly Speaker said that there is still hope for the legislation to pass by the end of next week’s deadline.

But like all moves in the two years since the education tax credit bill became realistic, people were still left wondering where Gov. Andrew Cuomo and Heastie really stood on the potentially historic item.

The turnabout — just days after activists nearly conceded the bill was dead — evoked heated internal discussions if it was just posturing to avoid getting blamed if the tax credit was defeated or Cuomo really was prepared to allow the bill to pass.

“A couple of days ago I said that we should be given a chance to vote on it,” said Assemblyman Dov Hikind. “So I’m very happy that the governor said that.”

“Heastie said to us that this thing is definitely open. … He said point blank, ‘nothing is on paper yet,’” added the Brooklyn Democrat.

However, one of the activists closely involved in the talks said that Cuomo’s alleged pivot “all means nothing,” calling it “just spin.”

The noontime gathering came hours after Cuomo penned an op-ed in the Daily News, backtracking from his call earlier this week. He said Monday that either the Senate-backed tax credit pass together with another controversial Assembly-supported bill to give free college to illegal immigrants, or they should fall together.

“I proposed the initiatives linked together, believing that was the best chance to get both through a divided Legislature,” wrote the governor, in a piece posted online at 2:30 a.m. “But I support the Legislature passing them either together or separately.”

It was a stark turnaround on the fate of the closely watched tax credit bill for Cuomo, but not the first one. He told a delighted audience in Boro Park a week before his reelection last year that the EITC was “a matter of justice.” Listeners came away with the perception that he was committed to seeing it all the way through the rough-and-tumble Albany budgetary process.

That changed on Monday, when he issued a statement that his priorities were ethics reform and changing the way teachers are evaluated to include students’ test scores, not the EITC or Dream Act. He pointed to Democrats controlling the Assembly as the place where the roadblocks are up on the bill.

Stunned activists scrambled to head to Albany on Wednesday for a day of lobbying. But what they heard from lawmaker after lawmaker — both supporters and opponents — was that there was a majority in their chamber to pass the bill. All that was in the way was the governor’s insistence that it pass together with the Dream Act.

“You’re on the wrong floor,” one legislator told members of the Agudath Israel of America delegation. “Your address should be on the second floor” of the Capitol, where the governor’s staff offices are located.

“If the governor wants this bill to pass,” one of the activists told Hamodia, “it will pass very, very easily.”

“If the governor wanted this and provided the leadership,” he said, “it would happen.”

“If those who claim to support it actually do support it, the EITC would pass overwhelmingly,” Cuomo wrote. “This year, we have a new speaker in the Assembly, who is laudably calling for a new era of openness and inclusion in the way the Assembly works. One way … would be by putting the Education Investment Tax Credit on the floor for a vote.”

The governor also called on the activists and elected officials who have lobbied for decades for the tax credit,  “to personally advocate for passage” of the EITC and the Dream Act.

However, he again maintained that they be dropped from the budget and voted on separately afterward. Cuomo called it a “red herring” that the budget not be used for policy items.

“Every budget boils down to two essential issues: How much money are we spending and how are we spending it?” Cuomo said in a statement Thursday afternoon. “There is no financial judgment that can be made without a corresponding policy judgment.”

That insistence, Albany watchers insist, is tantamount to burying the bills.

Hikind got his first chance Thursday to vote against the budget, as he promised this week if the EITC were not included. He voted down the first parts of the budget, along with Philip Goldfeder and Michael Simanowitz, both Democrats from Queens.