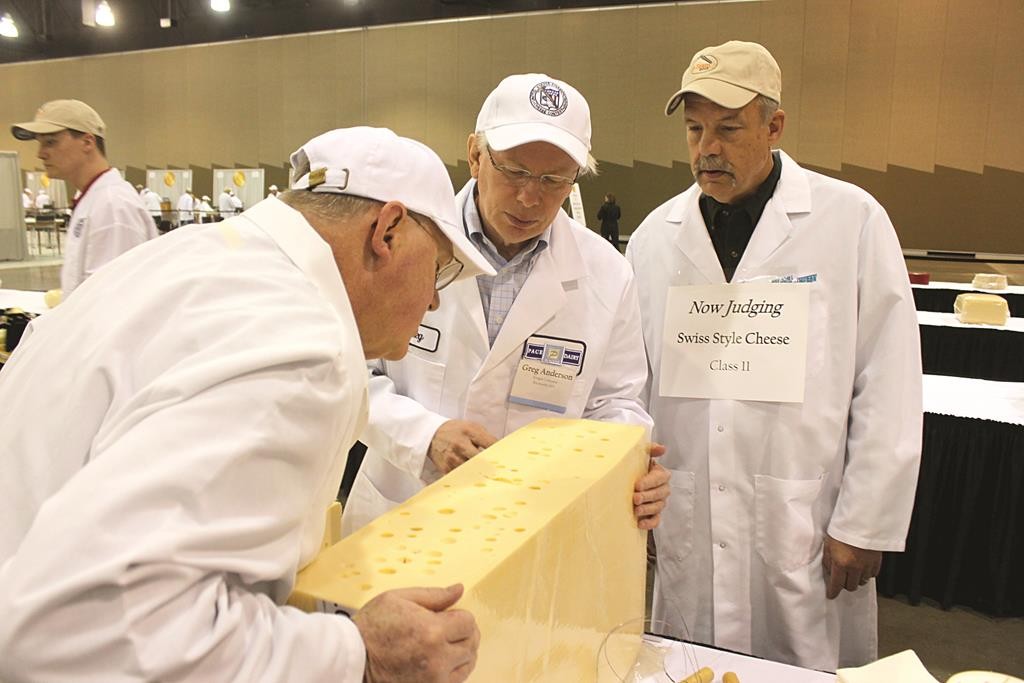 New York came in second in the United States Championship Cheese, wining seven golds. The winner was an Ohio cheesemaker, who presented a 200-pound Swiss wheel.

Guggisberg Cheese in Millersburg, Ohio, beat out 1,892 entries from 28 states. Out of a possible 100 points, the Swiss wheel scored 98.496 in the final round of judging Thursday.

First runner-up was a brick cheese made by John Pitman of Mill Creek Cheese in Arena, Wisconsin. Their score was 98.389.

Wisconsin had the most gold medals, with 56 of the 90 categories judged, followed by New York. Wisconsin, New York and California earned the most medals in the debut yogurt classes, each winning two medals.

The competition is the largest technical evaluation of cheese, butter and yogurt in the U.S.