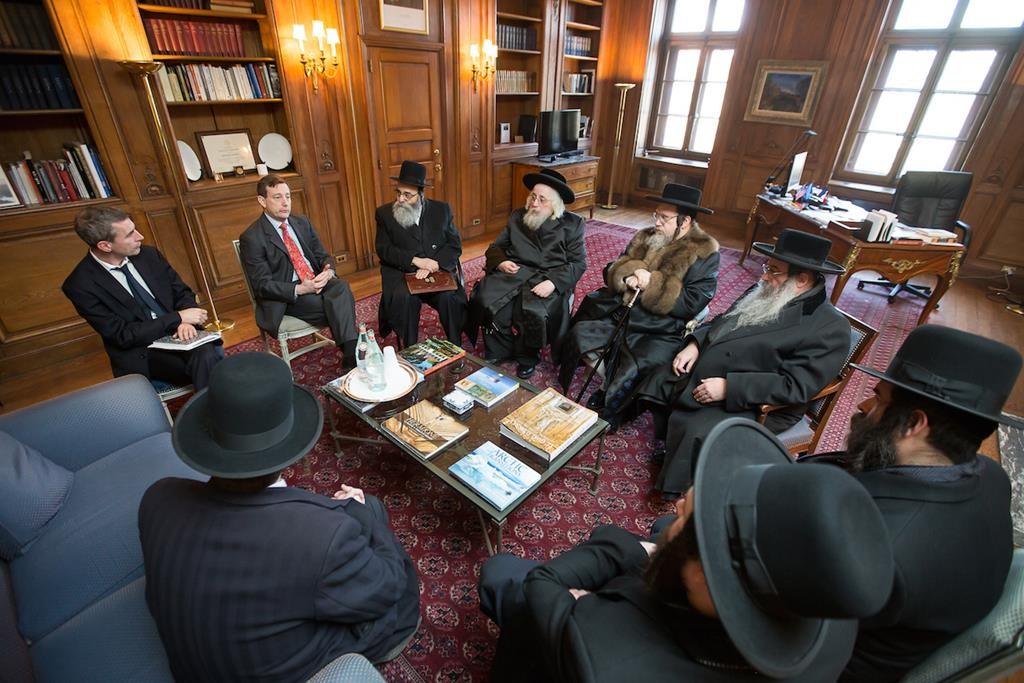 A high level delegation of the Central Rabbinical Congress of the USA and Canada (CRC) visited with the French Consul General in New York Mr. Bertrand Lortholary to thank the French government for their strong support of the Jewish community after the brutal terror attacks in France in January.

During this time of tragedy, the French government and President Francois Hollande made it clear that France stands with the Jewish community, and will do everything possible to protect them and to enable them to continue to thrive in France.

France is also leading the way to outlaw and combat cyber-hate, which incites violence.

The delegation — consisting of three rabbis of the CRC presidium — Rabbis Issac Eichenstein, Hillel Weinberger, and Dov Ber Katz, together with Rabbi David Niederman, the CRC Intergovernmental Representative — presented a letter, addressed to President Hollande, expressing “heartfelt condolences to the beloved nation of France” for the victims in the Charlie Hebdo and Hyper Cacher kosher supermarket shootings. The rabbis discussed with the consul general his country’s rich Jewish history.

The consul general discussed the terror attack and other anti-Semitic incidents, and the measures the government takes to protect the community and educate the younger generations about tolerance and against hate. He thanked the delegation for their visit and their letter, and expressed his government’s admiration for  the Jewish community.

The CRC is the rabbinic umbrella organization for more than 350 Orthodox congregations in the United States and Canada, with a constituency of about 200,000.