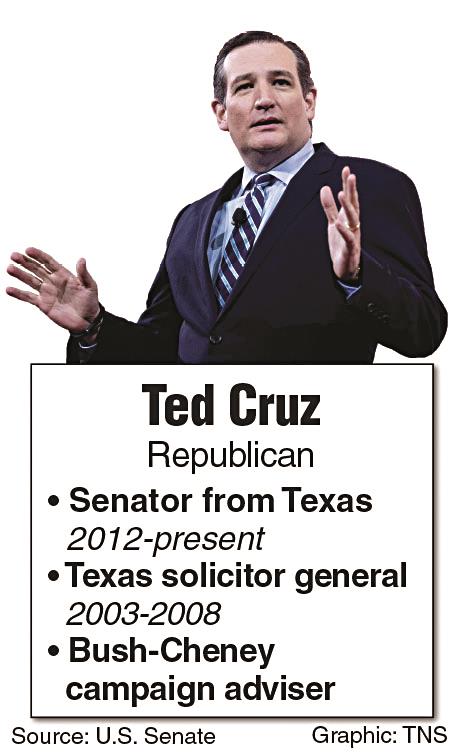 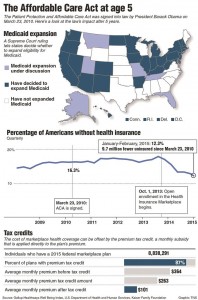 Launching his bid for the Republican presidential nomination, Sen. Ted Cruz of Texas asked Christian conservative voters to imagine a United States without the IRS and Obamacare — and to imagine they can make that happen by supporting him.

His aspirational appeal on Monday, aimed at America’s most conservative voters, could quickly run into challenges in winning over moderate voters — and eventually deep difficulties in governing should Cruz win the White House.

But it’s a message that Cruz, the first major 2016 contender to declare himself a candidate, is expected to forcefully emphasize in the coming year before voters start to pick nominees.

The 44-year-old Cruz is betting his White House hopes on profoundly conservative voters and their opposition to policies they find abhorrent. Within such circles, there is deep distrust of the IRS, which was revealed last year to have been scrutinizing tea party groups’ nonprofit status.

Scuttling President Barack Obama’s health care legislation, called by some “Obamacare,” is a rallying cry, as well. During his 30-minute kickoff speech, delivered like a sermon without notes or cue cards, Cruz made clear he sees electoral potential in his unbending advocacy.

Following his election to the Senate in 2012, the former Texas solicitor general quickly established himself as an uncompromising figure willing to take on Democrats and sometimes Republicans, too. Divisive within his own GOP, he won praise from tea party activists for leading the effort to shut the federal government during an unsuccessful bid to block money for the health law.

He spoke on the fifth anniversary of that law – legislation that prompted Cruz to stand for more than 21 hours in the Senate to denounce it in a speech that delighted his supporters and other Obamacare foes.

Cheers rose Monday in the hall when Cruz reminded the crowd that Liberty University filed a suit against the law right after its enactment.

But the partial government shutdown was not widely popular, and Democrats signaled that it would be central to their criticism of the first-term senator.

“His reckless approach to governing would make life worse, not better, for Americans and he isn’t the type of fighter that America’s middle-class families need,” Democratic National Committee chair Debbie Wasserman Schultz said in a statement.

The son of an American mother and Cuban-born father, Cruz would be the first Hispanic president.

By announcing a candidacy that has long been obvious, Cruz triggers accounting and reporting requirements for the money he is raising and spending. To help build his campaign account, he is heading this week to donor-heavy New York.