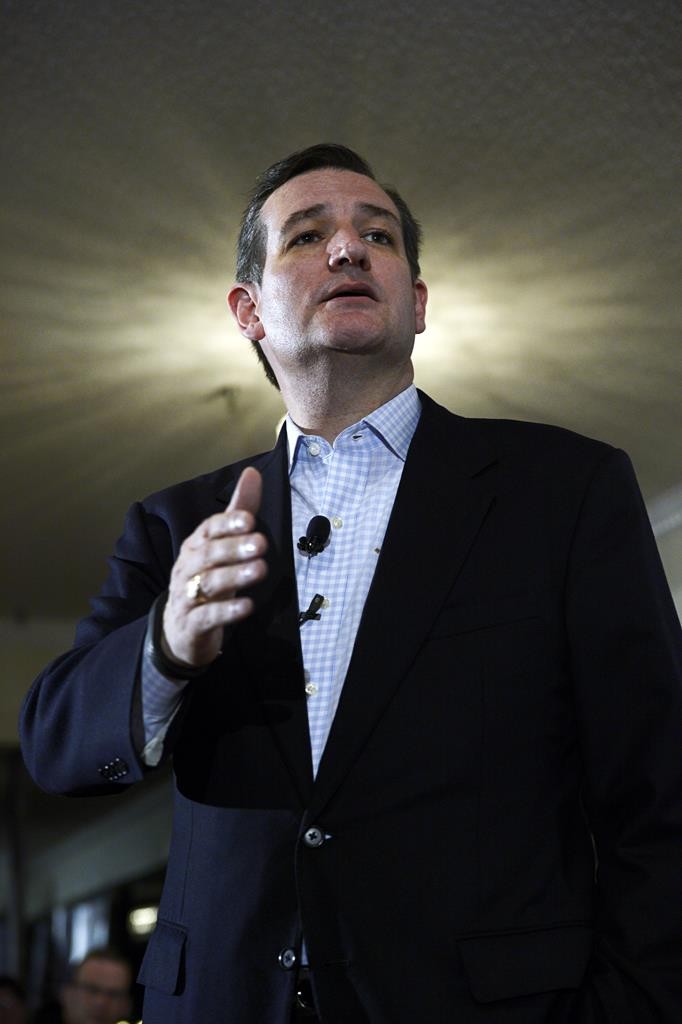 Texas Republican Sen. Ted Cruz will become the first major candidate for president when he launches his campaign Monday, kicking off what’s expected to be a rush over the next few weeks of more than a dozen White House hopefuls into the 2016 campaign.

Cruz will formally get into the race during a morning speech at Liberty University in Lynchburg, Virginia.

“The official Republican pool of candidates will take a quantum leap forward with his announcement tomorrow,” said Amy Kremer, the former head of the Tea Party Express. Cruz’s announcement, she said, “will excite the base in a way we haven’t seen in years.”

Elected for the first time just three years ago, when he defeated an establishment figure in Texas politics with decades of experience in office, Cruz has hinted openly for more than a year that he wants to move down Pennsylvania Avenue from the Senate and into the White House. His plans were confirmed Sunday by one of his political strategists, who spoke to The Associated Press on condition of anonymity so as not to preclude the announcement.

While Cruz is the first Republican to declare his candidacy, he is all but certain to be followed by several big names in the GOP, including former Florida Gov. Jeb Bush, Wisconsin Gov. Scott Walker and two Senate colleagues, Kentucky’s Rand Paul and Florida’s Marco Rubio.

The Houston Chronicle first reported details about Cruz’s campaign launch. His move puts him into pole position among those whose strategy to win the nomination counts on courting the party’s most conservative voters.

The son of an American mother and Cuban-born father, Cruz would be the nation’s first Hispanic president.

Following his election to the Senate in 2012, the former Texas solicitor general quickly established himself as an uncompromising conservative willing to take on Democrats and Republicans alike. He won praise from tea party activists in 2013 for leading the GOP’s push to partially shut the federal government during an unsuccessful bid to block money for President Barack Obama’s health care law.