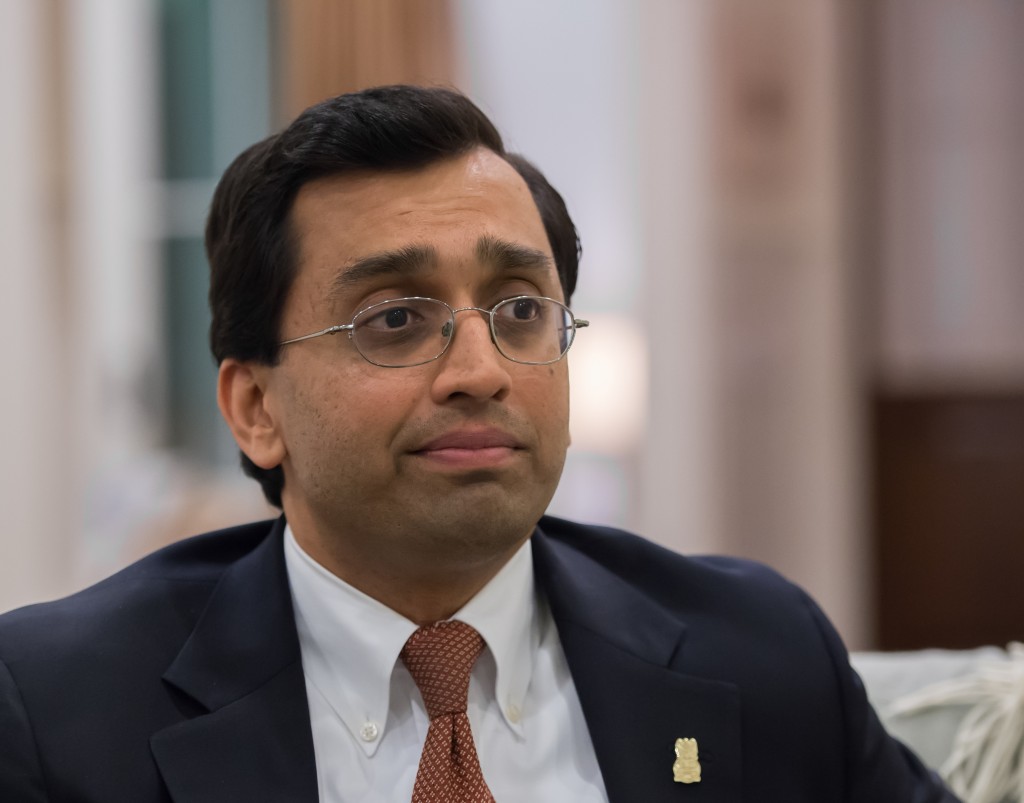 When news of secret National Security Agency surveillance programs began breaking in June 2013, even government insiders had questions. Often, Raj De was the man with the answers.

The Harvard-trained lawyer, who departed last week as NSA general counsel, arrived at the spy agency three years ago following stints at the White House, the Justice Department and the 9/11 Commission. Soon enough, he found himself consumed with helping to manage the external and internal responses to the disclosures of former agency contractor Edward Snowden.

De’s outsider status, his White House ties and his willingness to engage with skeptics helped guide the digital spy agency through the biggest crisis in its history, observers say.

Amid a barrage of critical stories about the NSA’s collection of phone records, De briefed those in Congress and the White House who hadn’t been fully informed about the highly classified collection of phone and internet records, had forgotten they were told, or couldn’t square what they were reading with what they thought they knew. The agency also made him available for background chats with reporters.

De’s understated approach served him and the agency well, people who dealt with him say, even as he defended the programs.

“I think he was the right person at the right time for NSA,” said David Medine, chairman of the Privacy and Civil Liberties Oversight Board, who led investigations into leaked surveillance programs that both bashed and backed the agency. “He presented a very calm but forceful defense of their position. He was very candid in terms of what was going on – there was no hiding the ball.”

President Barack Obama has tinkered around the edges but left most of the surveillance programs in place, rejecting some of the reforms suggested by his own task force. By all accounts, De, 41, played a role in preserving the status quo, much to the chagrin of critics.

“Across the political spectrum, there’s a growing recognition that some of the NSA’s activities are simply incompatible with the notion of a free and open society,” said Jameel Jaffer, deputy legal director for the American Civil Liberties Union.

“Against this background, it’s remarkable and unsettling how little the NSA’s policies have changed,” Jaffer said. “There have been adjustments, but only at the margins. Perhaps this means the leadership of the NSA has served the NSA well, but I’m not convinced it’s served our democracy well.”

In an interview with The Associated Press last week, De took issue with that view. He described an NSA completely at odds with the free-wheeling, all-seeing behemoth depicted by Snowden: a rule-bound, highly regulated entity that treats the private information of Americans with utmost care.

“Reasonable folks can disagree about what NSA should or shouldn’t be doing,” De said, “but this is not a controversy over widespread abuses by a powerful intelligence apparatus, and I don’t think that is by accident.”

De is one of the highest-ranking Indian-Americans in government. His parents, both doctors, immigrated to Philadelphia with $16 to their names, he said. He is returning to his old law firm, Mayer Brown, and his replacement has not yet been named.

If De leaves with any regrets, they stem from the agency’s often flat-footed approach to public relations. The NSA, unlike the CIA, has never found a way to comfortably discuss its activities.

“Part of it is the agency has a history and a culture of just being ‘No Such Agency,’ and ‘Never Say Anything,’ and it’s hard to turn that on a dime,” De said.