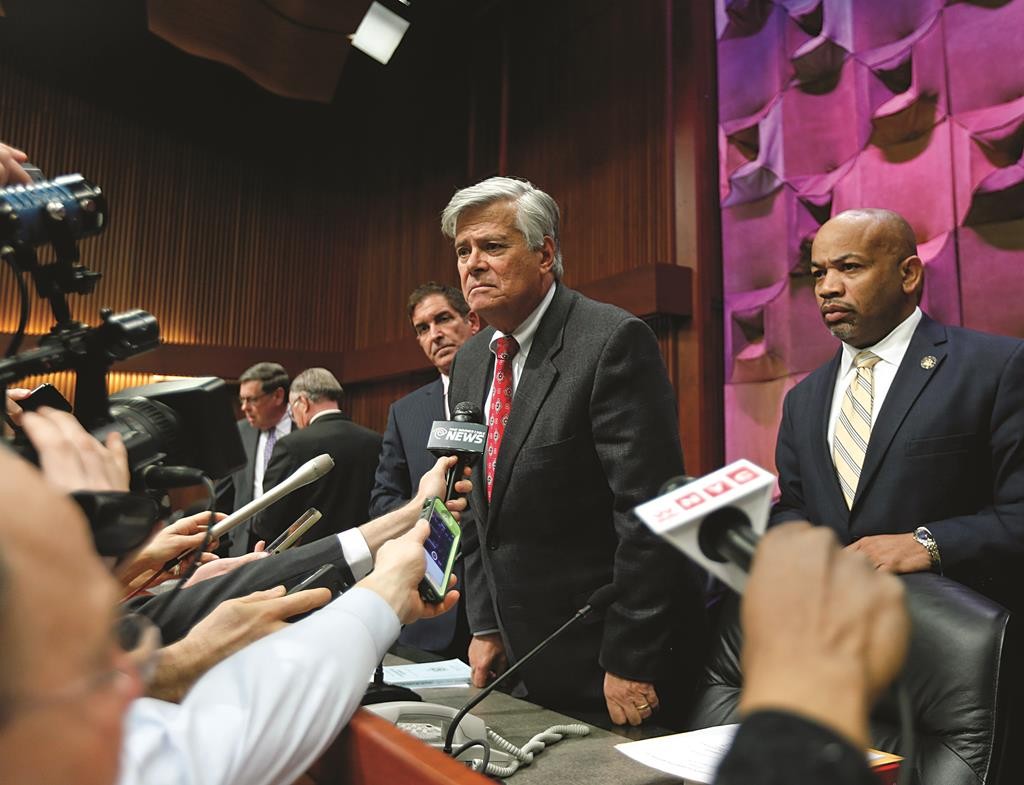 Proposals to require New York lawmakers to disclose their outside income should come with ethics reforms that also apply to Gov. Andrew Cuomo and members of his household, the leader of the state Senate said Wednesday.

Republican Senate Leader Dean Skelos was responding to an ethics proposal from Cuomo and Assembly Speaker Carl Heastie, both Democrats, that would require lawmakers to disclose their outside income and identify big legal clients.

Cuomo said the proposal would be the nation’s most stringent disclosure rules, but the proposal failed to satisfy Skelos, who wants to require the executive branch to report travel expenses.

“We feel very strongly that if you’re going to look to reform the legislative branch, there should also be strong reforms for the executive,” Skelos said.

Cuomo’s legal counsel said household financial disclosures aren’t under consideration, and the governor’s top spokeswoman, Melissa DeRosa, dismissed it in a tweet as a “red herring.”

The back-and-forth shows lawmakers still have some work to do before they reach a compromise on ethics reform — something Cuomo has said must be included in a state budget set to pass by March 31.

Cuomo and Heastie’s plan would require lawmakers to disclose any outside income over $1,000. Lawmakers who work as lawyers or real estate brokers would have to identify clients who pay more than $5,000 and describe the services provided. And legislators would have to swipe an electronic card to prove they’re in Albany to claim their $172 daily stipend.

The two announced their ethics agreement with great fanfare, but Skelos noted that the “two-way” deal won’t work without Senate approval.

“You need a three-way in Albany to get something done,” he said. “If there’s a late budget, it’s going to be because of the governor.”