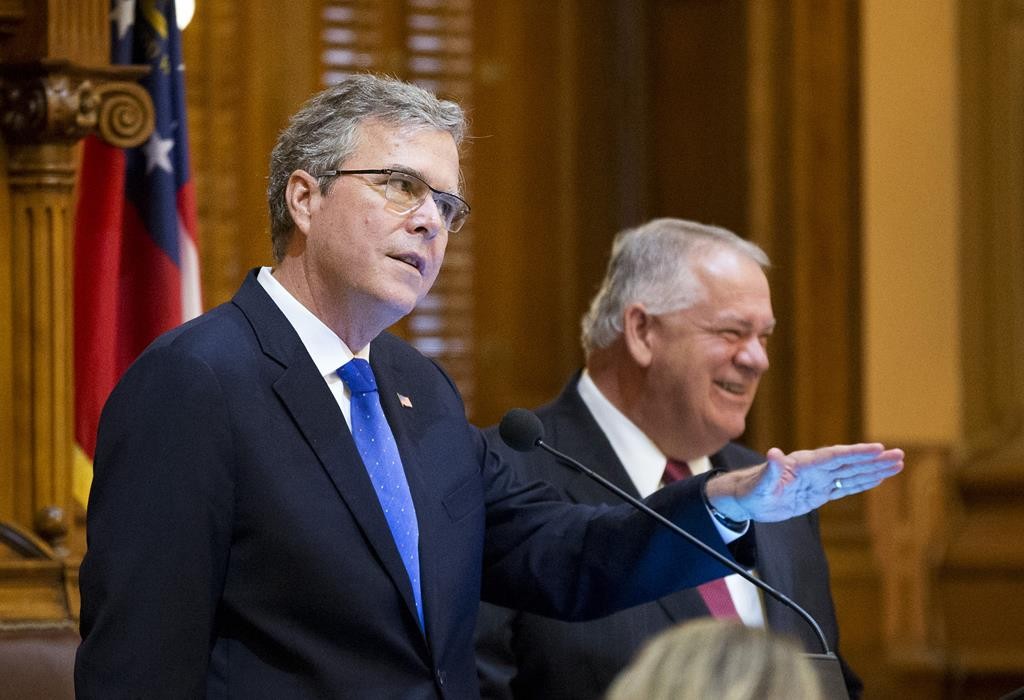 Jeb Bush is betting his political future these days on the hope that pragmatism will trump conservative hostility in 2016.

Fresh off his first public tours of Iowa, New Hampshire and South Carolina, the Republican White House prospect has settled on an early approach for dealing with skeptics on the right, casting himself as a practical but “principled conservative,” particularly when explaining his immigration and education positions that put him at odds with the GOP’s most conservative factions.

Bush often wraps his philosophy in scathing criticism of President Barack Obama. But the former Florida governor’s theme is clear: He wants to be the grown-up who ends the Washington “food fight” and governs to “fix things for everybody, not to win a political argument.”

“Washington needs principled, centered leadership, not leadership that tries to divide us,” Bush told Republicans in Myrtle Beach, South Carolina, on Wednesday. “Our democracy doesn’t work when you jam it down the throat of everybody else,” he added. “It’s not always about winning and losing. It’s about forging consensus to solve some of these problems.”

Bush’s approach is a risky one in a Republican primary process where the GOP’s most conservative voters wield considerable influence. It also contrasts with many of his likely Republican competitors, Wisconsin Gov. Scott Walker among them, who take a more hard-line approach.

In the early voting states, Bush has explaining his endorsement of Common Core education standards and his call for an immigration overhaul first by contrasting his stance with Obama, then framing his argument as true to conservative priorities.

On immigration, he emphasizes border security and blasts Obama’s enforcement of existing law. Only then does Bush detail his own proposals, including a warning that “you can’t deport 11 million people” who are already in the country illegally. Instead, he wants to “give people a path to earned legal status over a long period of time.” And he’s willing to push back when pressed.

In Myrtle Beach, when one local GOP activist bemoaned that “illegals” will get “$1 trillion in benefits,” Bush skeptically asked for his source and gave the questioner his personal email address to send him the proof.

For his part, Walker has acknowledged changing his position on immigration. As early as 2002, he supported creating a pathway to citizenship for immigrants living in the country illegally. In an interview with Fox News this month, Walker said he no longer supports “amnesty.”

“My view has changed,” he said. “I’m flat out saying it.” He attributed the flip to conversations with voters and border-state governors.

Holding to the center in primaries often dominated by the right surely won’t make for easy sailing for Bush. His nuanced positions on touchy issues could give his rivals plenty of fodder.