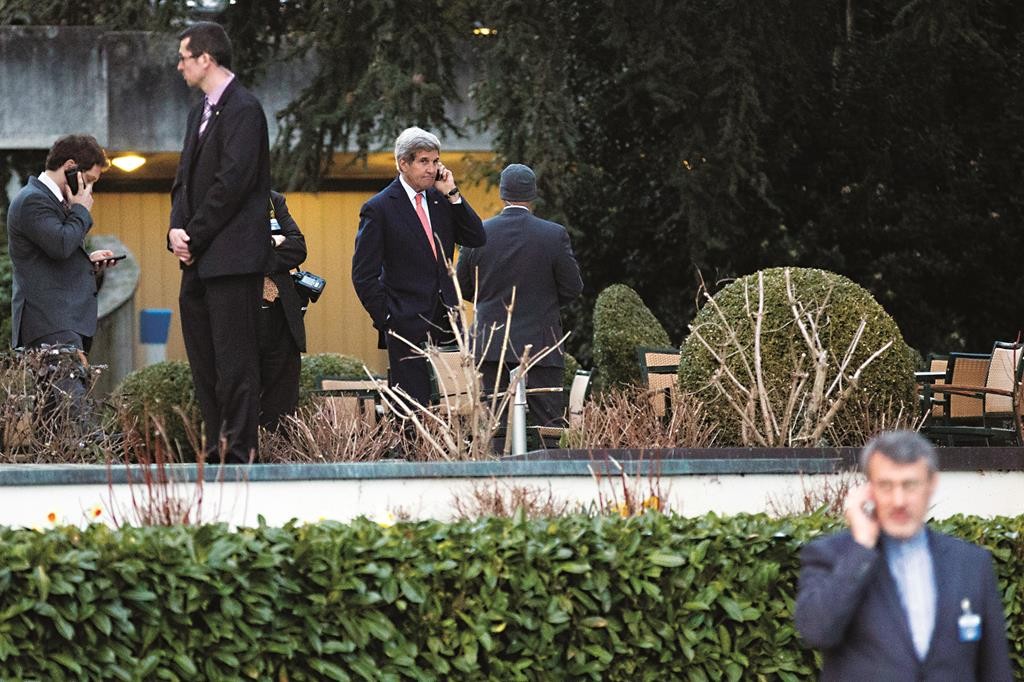 The United States and Iran are drafting elements of a nuclear deal that commits Tehran to a 40 percent cut in the number of machines it could use to make an atomic bomb, officials told The Associated Press on Thursday. In return, the Iranians would get quick relief from some crippling economic sanctions and a partial lift of a U.N. embargo on conventional arms.

Agreement on Iran’s uranium enrichment program could signal a breakthrough for a larger deal aimed at containing the Islamic Republic’s nuclear activities.

The sides are racing to meet a March 31 deadline for a framework pact and a full agreement by the end of June — even as the U.S. Congress keeps up pressure on the administration to avoid any agreement leaving Iran with an avenue to become a nuclear power.

Officials said the tentative deal imposes at least a decade of new limits on the number of centrifuges Iran can operate to enrich uranium, a process that can lead to nuclear weapons-grade material. The sides are zeroing in on a cap of 6,000 centrifuges, officials said, down from the 6,500 they spoke of in recent weeks.

Meanwhile, a senior European negotiator said on Thursday, that the negotiators are unlikely to reach a framework agreement with Iran on its nuclear work in the coming days, blaming Tehran for failing to compromise.

“Contrary to what the Iranians are saying with regard to 90 percent of an accord being done, that’s not correct,” the negotiator told reporters on condition of anonymity. “We are not close to an agreement.”

The current round of talks Switzerland may need to continue beyond Friday, a State Department official said.

“We are pretty far away. There are a lot of issues that still need to be resolved. The Iranians must make substantial concessions,” the European negotiator said.

The pressure in Congress on the administration over Iran remained intense, with the chairman of the Senate Foreign Relations Committee saying he would move ahead with legislation giving lawmakers a say over any nuclear deal. And 360 House Republicans and Democrats — more than enough to override any presidential veto — sent a letter to Obama saying if an agreement is reached, Congress will decide on easing sanctions it has imposed.

“Congress must be convinced that its terms foreclose any pathway to a bomb, and only then will Congress be able to consider permanent sanctions relief,” the lawmakers wrote.

Rep. Eliot Engel of New York, the top Democrat on the House Foreign Affairs Committee, told administration officials at a hearing Thursday that Congress cannot be marginalized and “any attempts to sidestep Congress will be resisted on both sides of the aisle.”

“We are pushing some tough issues,” Kerry said after a morning meeting. “But we made progress.”