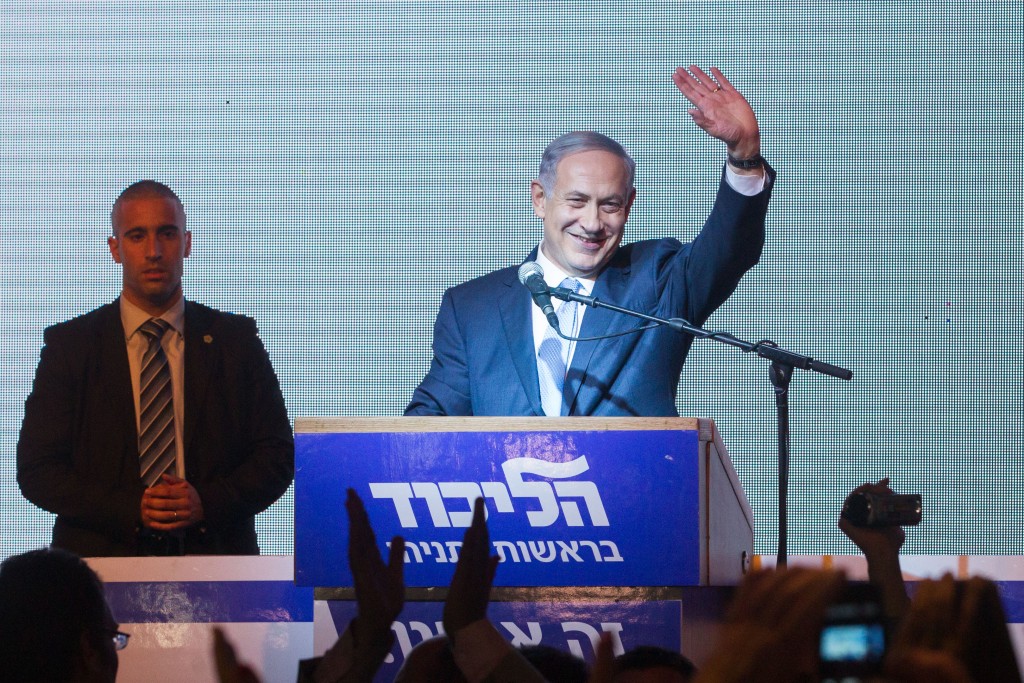 Early Wednesday morning, with 99 percent of the votes counted, Prime Minister Binyamin Netanyahu was able to proclaim a resounding victory, as his Likud party won 30 Knesset seats, compared with the Zionist Union’s 24.
Other results:
• The Joint Arab List: 14 seats.
• Yesh Atid: 11.
• Kulanu: 10.
• Jewish Home: 8.
• Shas: 7.
• United Torah Judaism: 6
• Yisrael Beitenu: 6.
• Meretz: 4 seats.
There is still a chance that UTJ might pull through with a seventh seat, pending the final tally of the votes of the soldiers and those in hospital.
It appears at this point that Eli Yishai’s Yachad has not crossed the electoral threshold, thought that might also change after the remaining votes are counted.
The Likud said that Netanyahu has spoken to the party leaders he hopes to form a coalition with: Kulanu’s Moshe Kachlon, Shas’s Rabbi Aryeh Deri, United Torah Judaism’s Rabbi Yaakov Litzman, Jewish Home’s Naftali Bennett and Yisrael Beitenu’s Avigdor Lieberman.
If they all agree to join up with Likud, Netanyahu would be able to form a coalition of 68 seats, retaining power after an election that was seen by many as a referendum on his rule. The prime minister said he hopes to set up a coalition in the coming two-three weeks.
The voter turnout rate in Tuesday’s elections was the highest since 1999, at 71.8%.