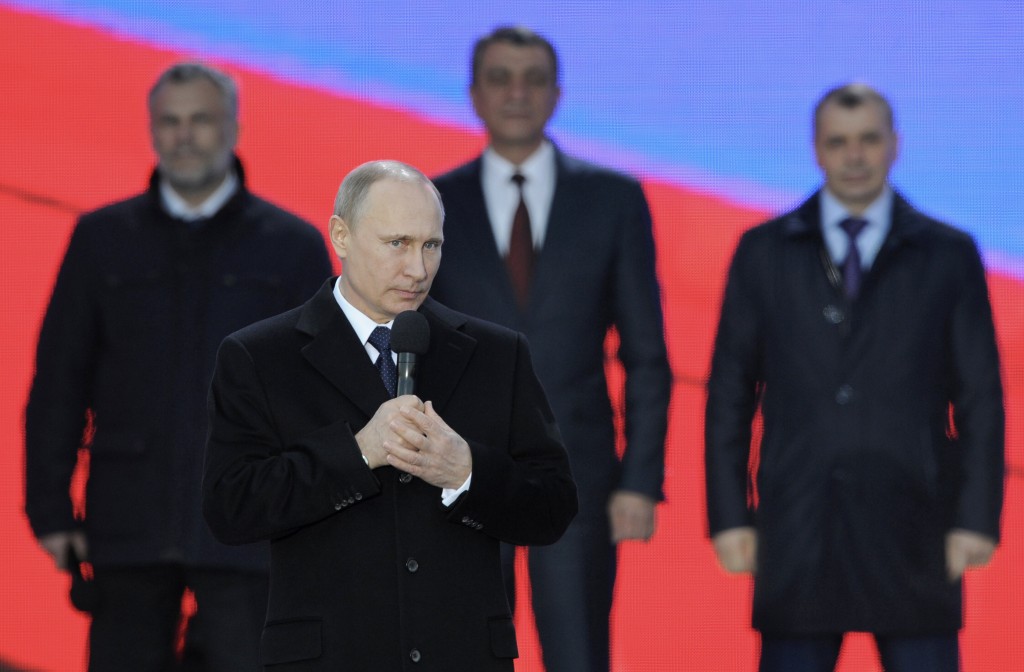 Russia tightened its control Wednesday over a second breakaway region of Georgia, with Russian President Vladimir Putin and the leader of South Ossetia signing a new treaty that calls for nearly full integration.

Georgian President Giorgi Margvelashvili denounced the signing as a “destructive” move against his nation’s sovereignty and territorial integrity and said it would further exacerbate tensions. The United States, the European Union and NATO also strongly condemned the signing.

South Ossetia broke away from Georgia in the early 1990s as the Soviet Union collapsed. Russia effectively gained complete control over it and a second breakaway Georgian region, Abkhazia, after a brief war against Georgia in 2008.

A similar treaty was signed last year with Abkhazia. Both regions depend on subsidies from Russia. While Abkhazia is a lush sliver of land along the Black Sea coast, South Ossetia sticks like a thumb into northern Georgia.

Under the agreement signed Wednesday in the Kremlin, South Ossetia’s military and economy are to be incorporated into Russia’s. The treaty also promises to make it easier for South Ossetians to get Russian citizenship and to raise salaries for civil servants and state pensions.

“The regions of South Ossetia and Abkhazia are integral parts of Georgia and we continue to support Georgia’s independence, sovereignty and territorial integrity,” she said in a statement.

Wednesday also was the one-year anniversary of Russia’s annexation of Crimea from Ukraine, emphasizing Russia’s expansion of its territory on the Black Sea.