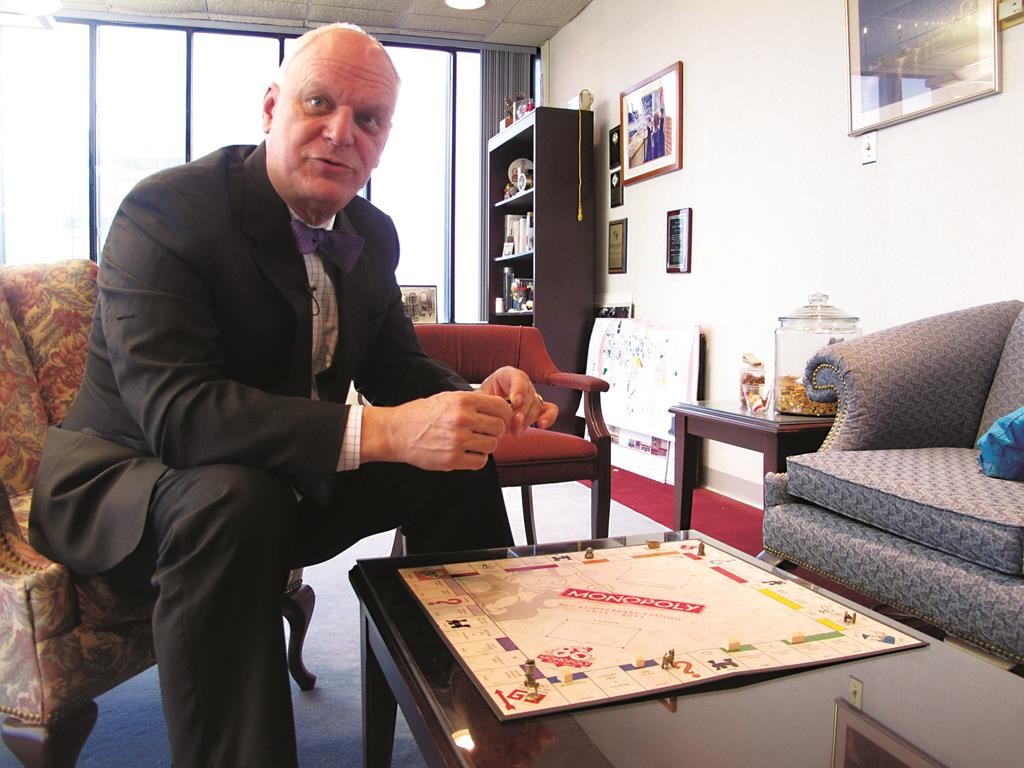 Monopoly is celebrating 80 years of capitalist cunning and dinner-table deals.

The board game based on the real-life streets of Atlantic City was “born” on March 19, 1935, when Parker Brothers acquired the rights to it. In the decades since, an estimated 1 billion people have weighed the merits of buying up utilities and railroads or trying to hit it big with Boardwalk hotels.

Charles Darrow developed the game in 1933 and sold it to Parker Brothers.

The original game contained items from Darrow’s own home: A piece of oilcloth covered the board and the cards were handwritten. The houses and hotels were made from wooden molding scraps. The first version had 10 tokens: an iron, purse, lantern, race car, thimble, shoe, top hat, battleship, cannon and a rocking horse. The current version includes eight tokens: battleship, top hat, dog, race car, thimble, boot, cat, and wheelbarrow.

The three most landed-on properties in the standard game are Illinois Avenue, “GO” and B&O Railroad. The total amount of money is $20,580.

Though Atlantic City itself has seen many changes since 1935 — a shrinking casino industry, rising taxes and new emphasis on non-gambling attractions — the mayor, Don Guardian, says it’s still relevant to the city.

“The concepts of capitalism, money, buying up properties, raising the rent, buying out your competition kind of remain today, too,” he said.