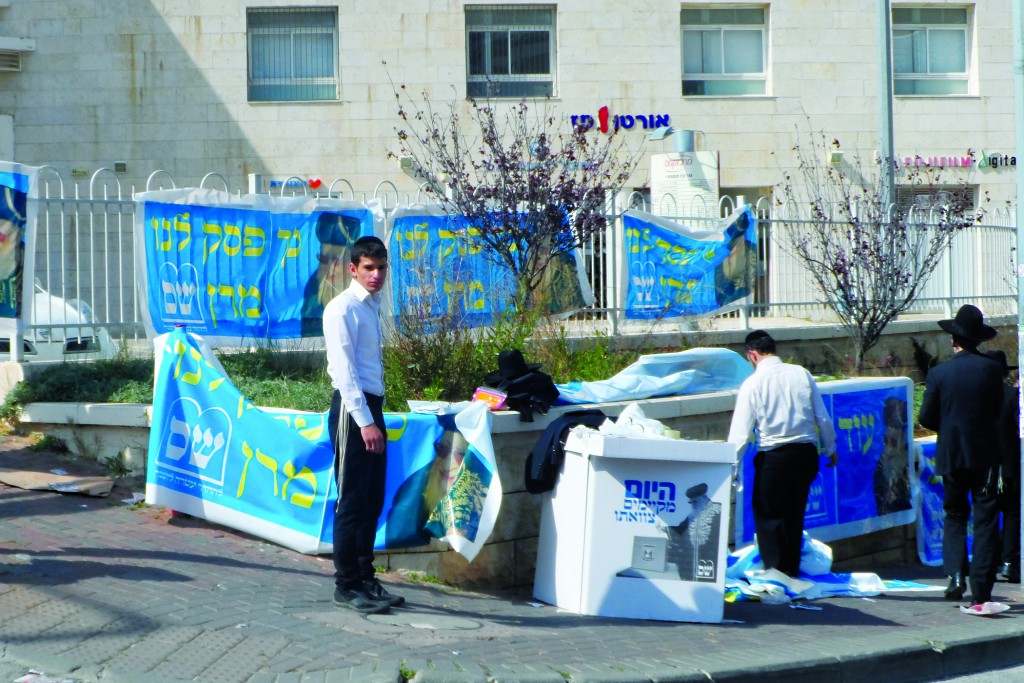 While millions of Israelis were peacefully celebrating democracy on Tuesday, violence and terrorism were reported in several places in the country.

Shots were fired at IDF soldiers in the mostly Arab Kalandiya neighborhood of Yerushalayim on Tuesday morning, and another soldier was wounded in what seems to have been a car attack, Arutz Sheva reported.

An IDF force was conducting a search for the attackers.

In a separate incident, three Israelis were lightly wounded by Arab rock throwers who attacked a bus on Uzi Narkis Road adjacent to the northern Yerushalayim neighborhood of Pisgat Ze’ev. The three, who included a young girl ,were treated at the scene by medics from Magen David Adom.

On Tuesday, an IDF soldier was lightly wounded at the Gush Etzion Junction after an Arab driver apparently tried to run him over, reported Yedioth Aharonot.

In election-related violence, Yisrael Beitenu filed a complaint with the Central Elections Committee claiming representatives of the party were physically attacked by Arabs at a voting station in Nazareth and blocked from entering three other primarily Arab voting areas in the country.

Police spokesman Micky Rosenfeld said on Tuesday afternoon that he is looking into the allegations.

The police said they opened 51 investigations into alleged voting fraud, ranging from impersonation, stolen ballots and threats against ballot officials, and 23 suspects were being pursued. Irregularities were reported at polling stations in Nahariya, Kiryat Tiv’on, Kiryat Ata, Afula, Rehovot and Umm al-Fahm.

In Beit Shemesh, a man who pushed over a stand with voting ballots was held for questioning.