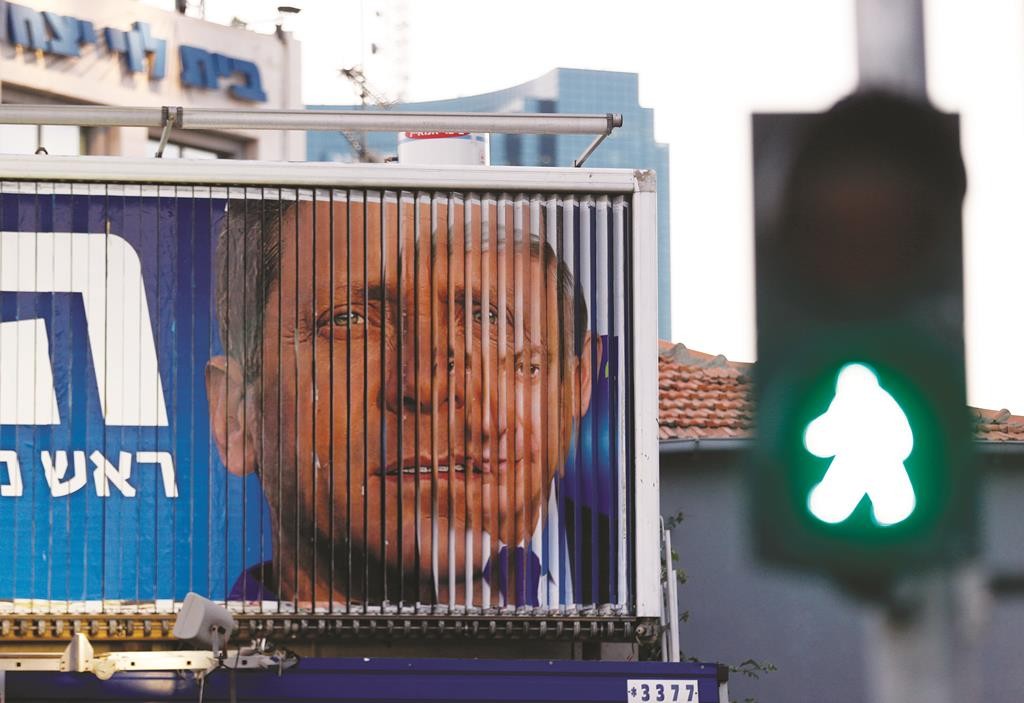 An upset victory by Israel’s center-left opposition in Tuesday’s election could be a welcome change for some in the business and corporate sector eager for the “peace dividend” that they hope will come with it.

Although Prime Minister Binyamin Netanyahu’s Likud party is traditionally viewed as more pro-business, some leading industrialists say a government led by the Zionist Camp opposition is unlikely to pursue an anti-business agenda.

And though a center-left government may spend more on social and welfare issues, the potential benefits of a return to a peace process outweigh the risks, they say.

Dov Moran, a leading high-tech entrepreneur and developer of the USB flash drive, said he believes that for Israel to be economically successful, peace is required.

Moran is part of a non-profit group called Breaking the Impasse, formed by 200 business leaders to promote a return to the negotiating table for Israelis and Palestinians.

“It doesn’t have to be a warm peace, it doesn’t mean we have to hug our neighbours every day or expect them to hug us. But there should be a process where we can trade with them and live a normal life where not everything is dictated by Iran, Iran, Iran,” Moran told Reuters.

“No doubt that if we go towards a peace process, security spending should go down and this would clearly allow dividing the pie differently, and even make the pie bigger,” Moran said.

Shraga Brosh, head of the Manufacturers’ Association, said Herzog would probably fight more than Netanyahu to renew the beleaguered talks, which would benefit Israel by opening up a market for trade with its Arab neighbors.

Members of Herzog’s Labor party have criticized the government’s policy of giving tax breaks and subsidies to Intel and other multinationals in exchange for investing in Israel. But such business- and investment-friendly policies were not expected to change significantly despite the rhetoric.

“When Labor was in government, they were quite supportive of Israeli high-tech in all forms — taxation, grants, export policies,” said Yoram Oron, managing partner of Vertex Venture Capital, a key investor in community-based navigation firm Waze.

“Politicians understand that having successful multinationals in Israel is good for the start-up industry.”

Industrialists say some of Netanyahu’s recent policies have been negative for business, particularly a sharp tax hike on profits from natural resources. And after falling between 2007 and 2011, corporate tax rates have edged higher.

Uriel Lynn, head of the Federation of Israeli Chambers of Commerce, also noted that under Netanyahu new laws favoring unions’ rights have been implemented.

“There is no real difference in the economic policy of the political parties who are supposed to be coalition leaders,” Lynn said.

However, not everyone in the Israeli business community has taken a seat in the cheering section for Zionist Camp.

As former Ambassador to the U.S. Zalman Shoval, a Likud politician with links to the business world, pointed out this week, “virtually all the current macro-economic indicators are positive”: unemployment is trending down, industrial imports/exports are up despite stagnation in Europe, and the growth rate surpasses that in the U.S. and Europe.

The Central Bureau of Statistics said that in the fourth quarter of 2014 GDP increased by 7.2%, notwithstanding the stresses to the economy of Operation Protective Edge.