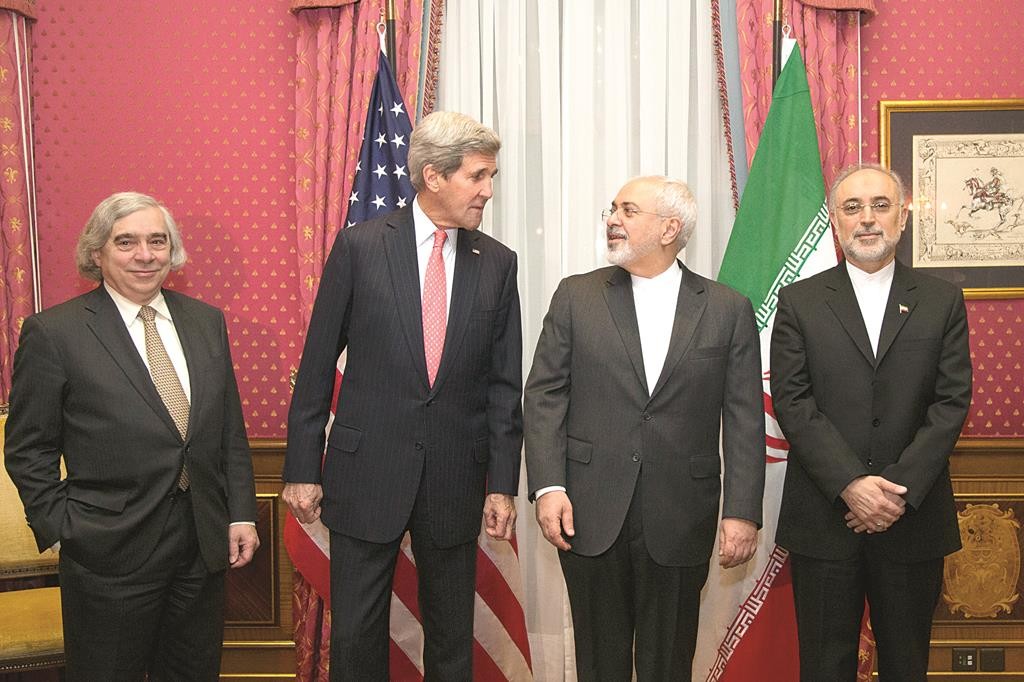 A defiant letter from Senate Republicans to Iran’s leaders has added a new complication to the fraught international negotiations seeking to end the decade-long standoff over Iran’s nuclear program.

As U.S. and Iranian officials began a weeklong push to complete at least the outline of a deal, Tehran repeatedly demanded an explanation of the letter written last week by Sen. Tom Cotton (R-Ark.), and signed by 47 of the 54 Republican senators, a senior Obama administration official said.

The administration official said Iranian officials raised the letter in a negotiating session on Sunday, and again on Monday, as the two sides sat through five hours of talks in a luxury hotel on the edge of Lake Geneva.

“These kinds of distractions are not helpful when we’re talking about something so serious,” said the senior administration official, who declined to be identified under ground rules set by the administration. “It was of concern. … It is an issue.”

The official declined to describe how U.S. officials responded or to provide other details of the discussions. The official said the contentious issue didn’t stop the two sides from trying to resolve other differences still on the table.

The GOP letter has further inflamed an already passionate debate in Washington over leaked details of the expected framework agreement, which negotiators hope to finish this week if possible.

White House officials have sharply criticized the lawmakers’ letter as an unprecedented interference in the president’s prerogative to negotiate agreements and conduct foreign policy.

But others, including Cotton, insist that the warning was justified if it helps prevent a deal that could open the way for Iran to someday build a nuclear weapon.

The United States and five other world powers — France, Britain, Germany, Russia and China — have been negotiating as a group for about 18 months to try to curb Iran’s nuclear program.