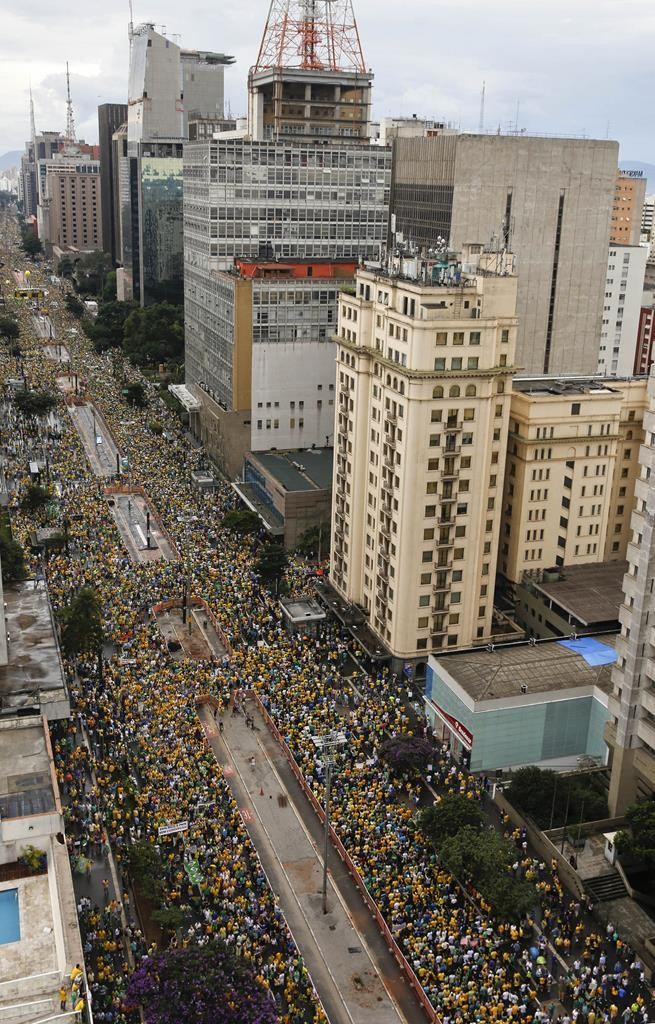 Over one million demonstrators marched in cities and towns across Brazil on Sunday to protest a sluggish economy, rising prices and corruption — and to call for the impeachment of leftist President Dilma Rousseff.

The marches across the continent-sized country come as Brazil struggles to overcome economic and political malaise and pick up the pieces of a boom that crumbled once Rousseff took office in 2011.

Rousseff, now early into her second four-year term, is unlikely to resign or face the impeachment proceedings called for by many opponents. A fifth year of economic stagnation and a multibillion dollar corruption scandal at state-run energy company Petroleo Brasileiro SA, or Petrobras has fueled their anger.

But for a president narrowly re-elected just five months ago, the protests are a sign of a polarized country increasingly unhappy with its leadership. Rousseff has recently been jeered at public appearances and Brazilians in some cities banged pots during a speech she made earlier this month.