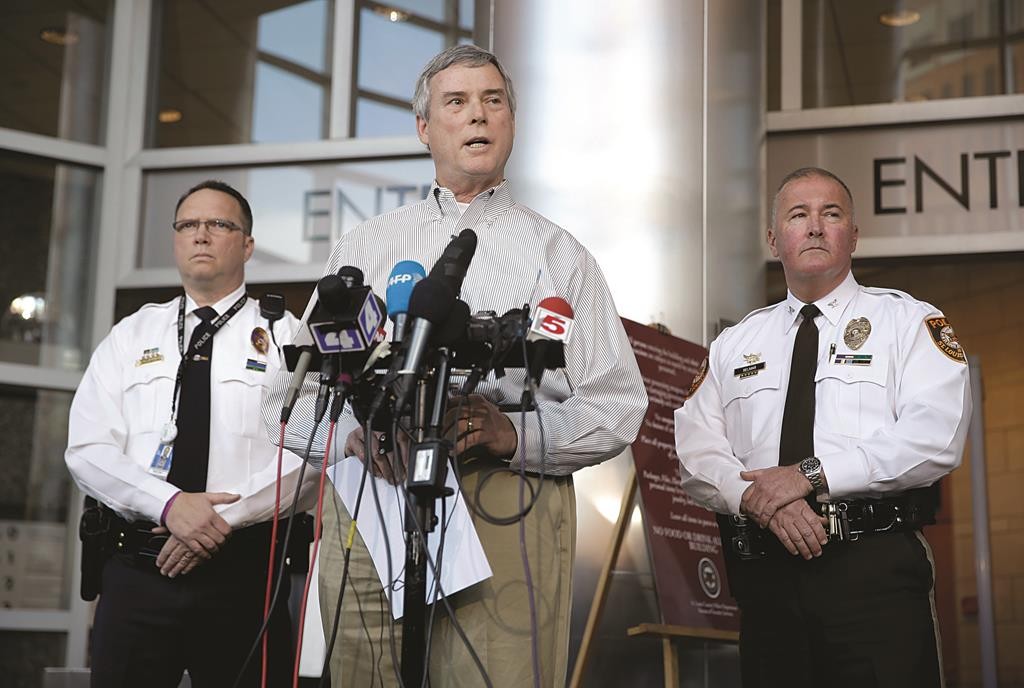 A 20-year-old man was charged on Sunday with first-degree assault in last week’s shooting of two policemen during a protest rally in Ferguson, Missouri, a crime that shocked a city that has been devastated by months of racial strife.

The gunfire rang out just after midnight at the end of a rally to call for sweeping reforms in Ferguson, where an unarmed black teenager was shot to death by a white officer last summer.

Eighteen-year-old Michael Brown’s death touched off months of protests against law enforcement’s treatment of minority groups, in Ferguson and around the country, and led to a U.S. Justice Department probe that found pervasive racial bias on the part of the city’s mostly white police force.

Williams was arrested after a massive manhunt, with the help of tips from the public and video evidence, McCulloch told a news conference.

An African American who had been on probation for possession of stolen property, Williams told investigators that he was not targeting police but was shooting at someone else, McCulloch added.

A county police officer, 41, suffered a shoulder wound and a 32-year-old from a nearby police department sustained a facial wound in Thursday’s shooting. Both were treated and released by a local hospital.

“This arrest sends a clear message that acts of violence against our law enforcement personnel will never be tolerated,” U.S. Attorney General Eric Holder said in a statement.

The shootings took place just hours after Ferguson’s police chief resigned in the wake of the scathing U.S. Justice Department report. Chief Tom Jackson’s resignation followed the departures of the city manager and a municipal judge.

News of Sunday’s arrest was greeted on the streets of Ferguson with a mix of relief and a sense that the protests would not fade away.