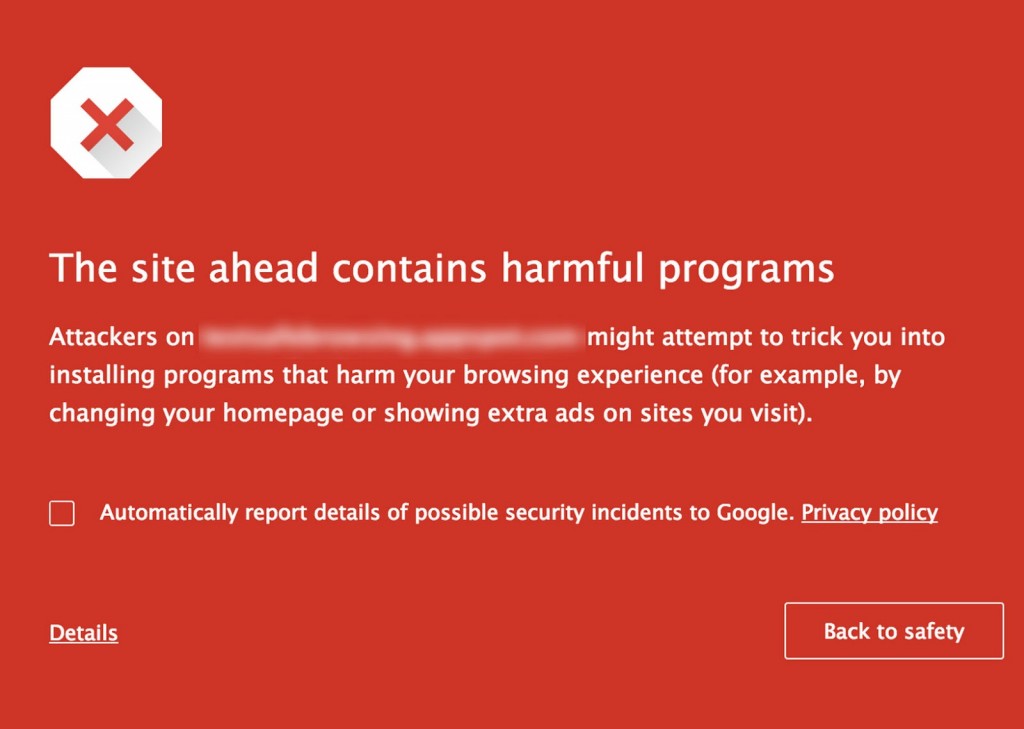 The latest weapon is aimed at websites riddled with “unwanted software” – a term that Google uses to describe secretly installed programs that can change a browser’s settings without a user’s permission. Those revisions can unleash a siege of aggravating ads or redirect a browser’s users to search engines or other sites that they didn’t intend to visit.

Google had already deployed the warning system to alert users of its Chrome browser that they were about to enter a site distributing unwanted software. The Mountain View, California, company just recently began to feed the security information into a broader “safe browsing” application that also works in Apple’s Safari and Mozilla’s Firefox browsers.

All told, the safe browsing application protects about 1.1 billion browser users, according to a Thursday blog post that Google Inc. timed to coincide with the 26th anniversary of the date on which Tim Berners-Lee is widely credited for having invented the world wide web.

Google’s alerts about unwanted software build upon the warnings that the safe browsing system has already been delivering for years about sites infected with malware, programs carrying viruses and other sinister coding, and phishing sites that try to dupe people into sharing passwords or credit-card information.

Whenever a potential threat is detected by the safe browsing system, it displays a red warning sign advising a user to stay away. Google also is demoting the nettlesome sites in the rankings of its dominant internet search engine so people are less likely to come across them in the first place. Google disclosed Thursday that the safe browsing application has been generating about 5 million warnings a day, a number likely to rise now that unwanted software is part of the detection system.

As it is, Google says it discovers more than 50,000 malware-infected sites and more than 90,000 phishing sites per month.

The safe browsing application had gotten so effective at flagging malware and phishing that shysters are increasingly creating unwanted software in an attempt to hoodwink people, said Stephan Somogyi, Google’s product manager of safe browsing.

“The folks trying to make a buck off people are having to come up with new stuff and that puts us in a position where we have to innovate to keep pace with these guys,” Somogyi said in an interview. “You are now going to see a crescendo in our enforcement on sites that meet our standard of having unwanted software.”