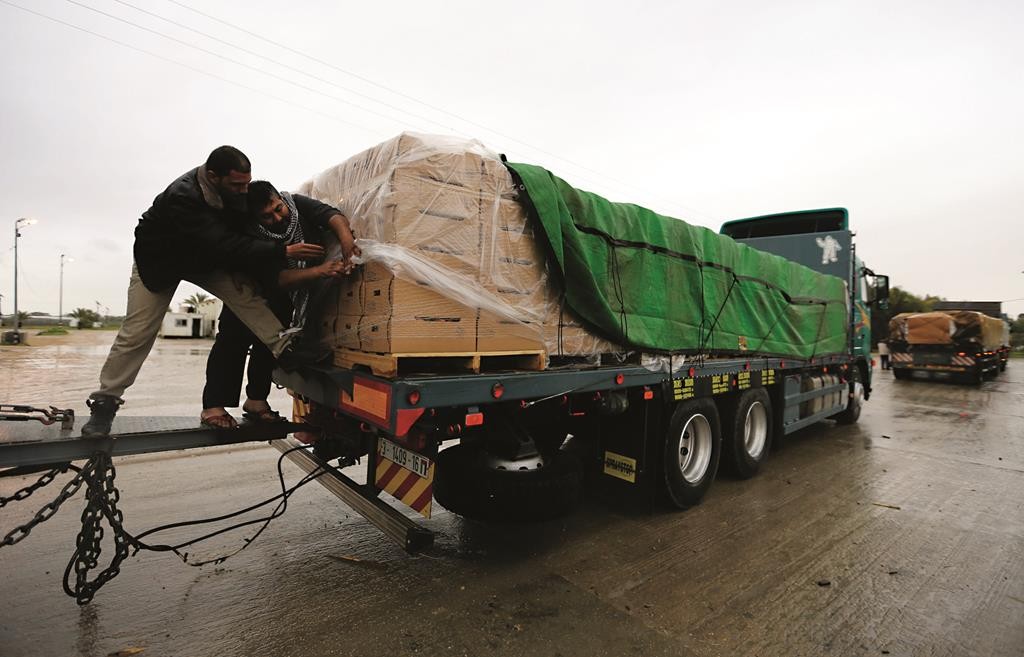 Israel imported its first fruit and vegetables from the Gaza Strip in almost eight years on Thursday, in a partial easing of the blockade on the Hamas-ruled enclave.

Twenty-seven tons of tomatoes and five tons of eggplants were trucked across the border under an Israeli plan to bring in around 1,200 tons of produce a month.

The Palestinians welcomed the move, though the scale fell short of the some 3,300 tons they said they had previously exported to Israel monthly.

“We hope this will be a new start that will benefit both farmer and economy,” said Tahseen Al-Saqqa, marketing and crossing director in the Gaza ministry of agriculture.

Israel said its purchases of fruit and vegetables from Gaza were meant to help the Palestinian economy and make up for a shortfall in Israeli produce caused by the observance of the Shemittah year.