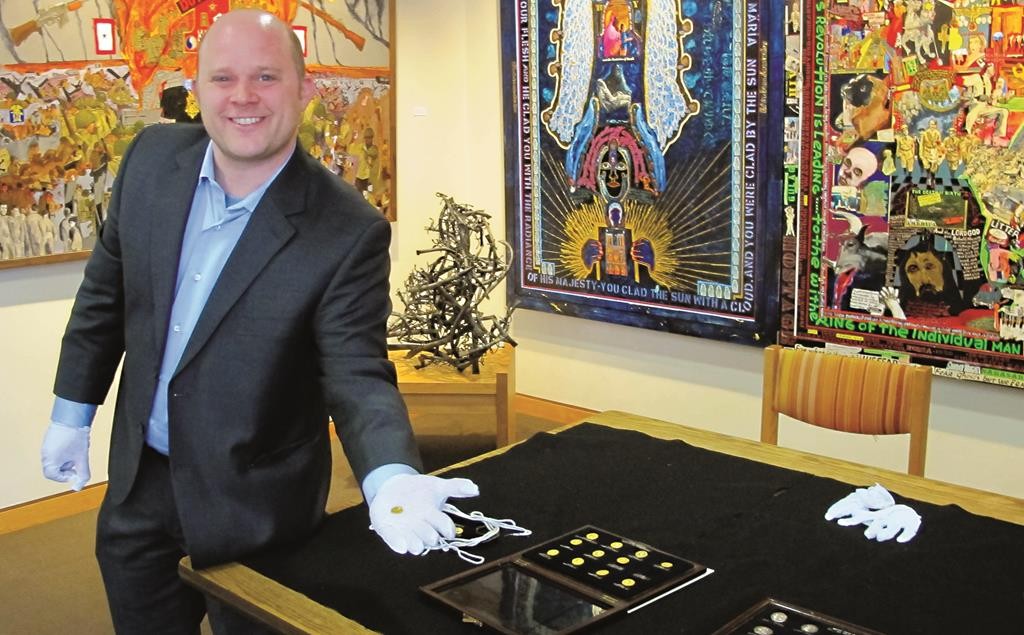 A priceless cache of ancient Greek and Roman coins that had become a kind of buried treasure has been “rediscovered” at the University at Buffalo, which had paid little attention to the coins since they were donated in 1935.

The collection of 55 gold and silver coins date as far back as the fifth century B.C.E. Among them are a dozen gold coins from Rome — one each from the eras of Julius Caesar and the 11 emperors who followed him.

Assistant professor Philip Kiernan had heard before he arrived that UB held ancient coins. But even after tracking them down, he had his doubts.

“I saw these trays and thought, oh this is some kind of reproduction set from the early 20th century, some kind of copies,” Kiernan said Wednesday, displaying the find for reporters. “However, when we opened up the trays and pulled out the coins — nope, they’re perfectly good ancient coins.”

“I was flabbergasted,” Kiernan said. “I couldn’t believe that an institution like UB had a collection of this quality in its special collections, as of yet unstudied, unpublished … coins that were issued by the most powerful and most important city-states of the Classical and Hellenistic worlds.”

Neither Kiernan nor Michael Basinski, interim director of special collections, could put a monetary value on the collection, calling it priceless in terms of its historical value.

But the coins were valuable even in ancient times. The gold coins each represented at least a month’s wages for an ordinary person.