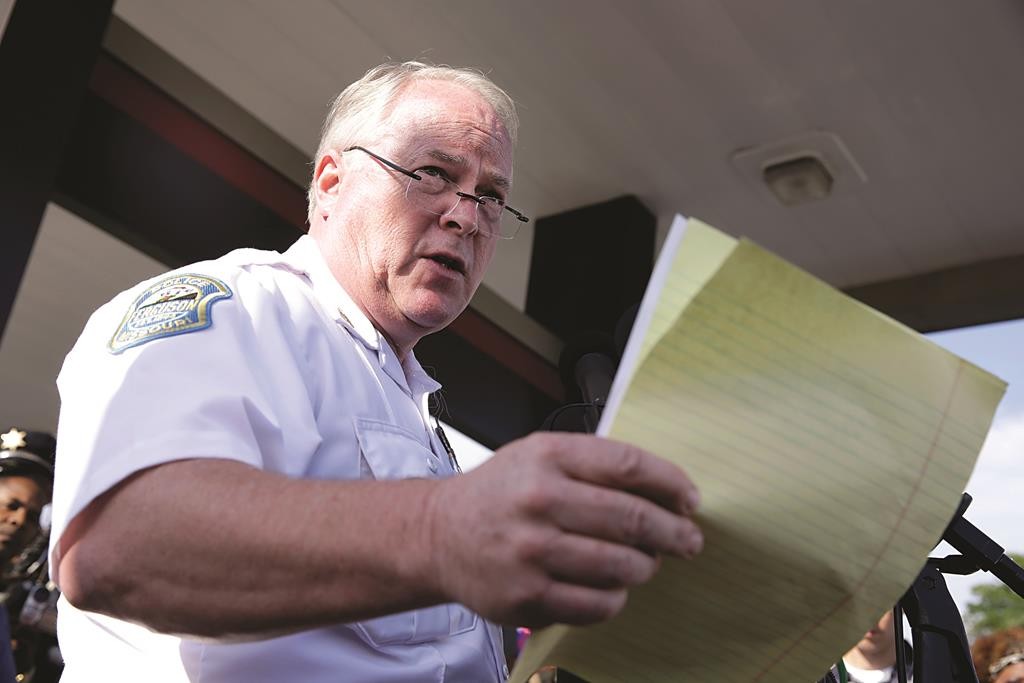 The police chief in the St. Louis suburb of Ferguson resigned Wednesday in the wake of a scathing Justice Department report prompted by the fatal shooting of an unarmed black 18-year-old by a white police officer.

The city said in a statement that it reached a mutual separation agreement with Chief Thomas Jackson, who will get a severance payment and health insurance for a year. Lt. Col. Al Eickhoff will become acting chief March 19 while the city searches for a replacement.

Jackson had previously resisted calls by protesters and some of Missouri’s top elected leaders to step down over his handling of the August shooting of Michael Brown and the weeks of sometimes violent protests that followed.

Several text and phone messages left with Mayor James Knowles III and Jackson were not returned. Jackson told the St. Louis Post-Dispatch that he felt it was time for the city to move on.

“I believe this is the appropriate thing to do at this time,” Jackson said. “This city needs to move forward without any distractions.”

Jackson becomes the sixth employee to resign or be fired after the U.S. Department of Justice last week issued a report that cleared Officer Darren Wilson of civil rights charges in the shooting but found a profit-driven court system and widespread racial bias in the city police department.