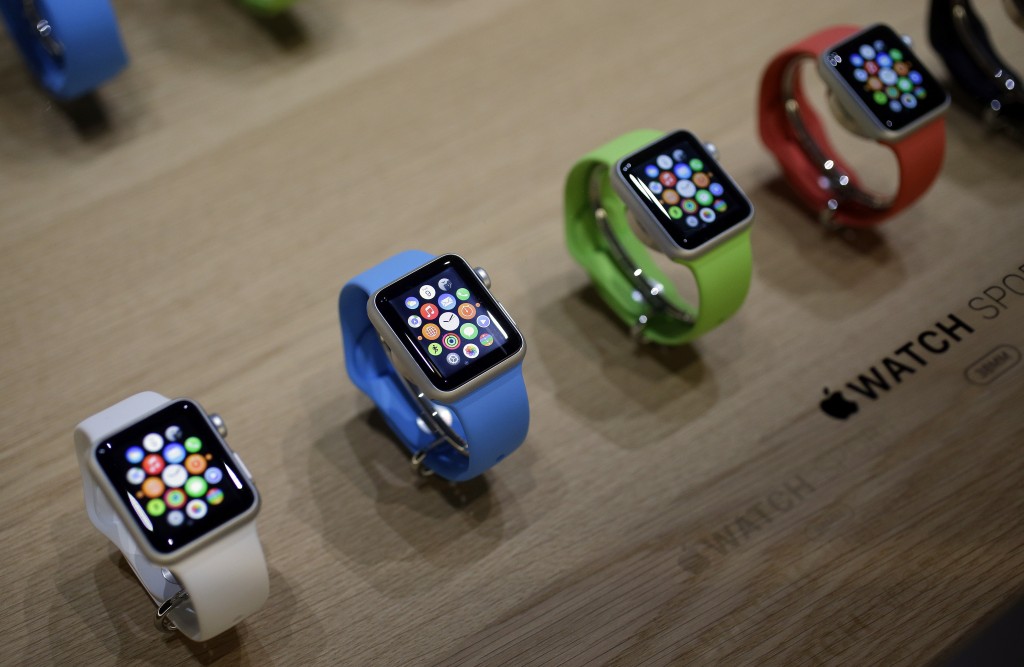 At Monday’s Apple media event, the company made a strong case for how you can use its upcoming Apple Watch, and the device stacks up well against the competition.

If you’ve waited for the Apple Watch to decide on a smartwatch, here are some things to consider in weighing whether you really need one. You’ll need an iPhone 5 or newer, while the rival watches will typically work only with Android.

Apple Watch is among the most expensive on the market. You can get an Android smartwatch from Motorola or Sony for $250. You can get a high-end Samsung Gear S with its own cellular connectivity for $300 through AT&T, plus the monthly cost of a data plan.

The cheapest Apple Watch is $349, and that’s designed for fitness enthusiasts. A stainless-steel version for everyday wear starts at $549. A luxury edition with 18-karat gold starts at $10,000 and can cost as much as $17,000.

DEPENDENT ON THE PHONE

Apple Watch doesn’t have its own cellular connection. You can make and receive phone calls and messages only if your iPhone is nearby. That said, with the exception of Samsung’s Gear S and the upcoming LG Watch Urbane LTE, most other smartwatches don’t have cellular service, either.

Apple Watch also doesn’t have GPS for better distance tracking; Sony’s SmartWatch 3 and the Gear S do. Then again, GPS is rare in smartwatches. Apple Watch will use your phone’s GPS to learn your running pattern and calibrate its built-in accelerometer for better tracking the next time you go for a run and leave your phone at home.

Apple is offering different sizes, colors, materials and bands, but all of the watches have rectangular faces. Motorola’s Moto 360 and LG’s G Watch R are among those with round faces.

Apple has a good reason, though. Round faces are fine for graphical content, such as photos and maps, but they are inefficient for text. There’s a lot of wasted space on all four sides, resulting in a watch that’s bigger than it needs to be. (Another plus for Apple: All models come in a smaller size, which might fit better on women’s hands.)

This is by far Apple’s biggest strength. At Monday’s event, Apple demonstrated using the watch to request a ride through Uber, open a garage door remotely using Alarm.com and bypass the front desk when checking in at a Starwood hotel. Expect a robust offering of apps when Apple Watch goes on sale next month.

With other watches, developers have been slow to release apps given how relatively few smartwatches have been sold.

Apple Watch has mobile pay capabilities, as Apple Pay is integrated. Pay with a tap of your wrist at any of the nearly 700,000 locations Apple Pay is accepted. I’ve yet to see a similar capability in other smartwatches, even though some have NFC wireless technology for such payments. Samsung is coming out with its own payment service, Samsung Pay, but the Gear S doesn’t have NFC.

With Apple Watch, once you pick the look of the watch face, you can sometimes choose the types of content to embed, such as weather or stock quotes. With existing smartwatches, you’re typically limited to how the display looks.

Use the Apple Watch dial, known as the digital crown, to zoom in on a map or scroll down text. You still need to tap on the screen to slide a map or photo around, but the dial reduces how often your finger blocks the screen. Many smartwatches on the market have buttons that merely turn on the display and make menu selections.

Apple says the battery should last 18 hours on a single charge. That’s less than the typical smartwatch, though few go more than 24 hours. Sony’s SmartWatch 3 is among the exceptions, promising two days. Though I didn’t always get that much, the Sony watch offered enough for me to occasionally sleep with it on. (If you’re using an app that monitors your sleep patterns, your best bet is a fitness tracker that can go several days on a charge.)

The Apple Watch display is usually “sleeping” to save the battery. As soon as you lift your arm, the display automatically turns on. Many other smartwatches do that, too. Where Apple Watch stands out is in detecting how long you have your arm up. At first glance, you might see that a message has arrived. Hold it longer and the full message appears.

Many smartwatches merely repeat notifications that appear on your phone, and notifications sometimes linger even after you’ve viewed them on your phone, tablet or PC. Apple says it will do a better job of coordinating that: If a notification appears on the watch, the phone in your pocket will know not to bug you with a vibration.

So, do you need Apple Watch?

Apple Watch can do a lot – more than rival watches and probably more than you need it to do – so you’ll need to decide which features and apps you’ll find convenient. Ultimately, it comes down to how willing you are to pay for that convenience.