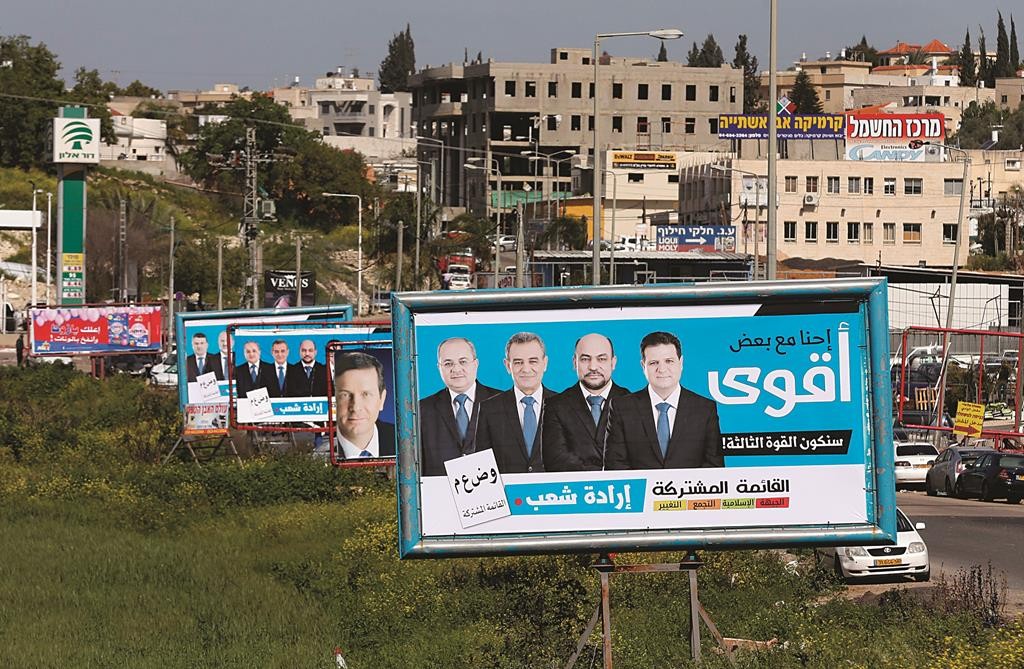 The potential of the Joint (Arab) List to play a significant role in the post-election coalition-making came to the fore on Tuesday as MK Haneen Zoabi said for the first time she might recommend to President Reuven Rivlin that Isaac Herzog form the next government, according to The Jerusalem Post.

Joint List sources were quoted as saying that Zoabi would recommend that the party back Herzog against Netanyahu.

“The Joint List will do everything possible to ensure that Netanyahu will fall,” a Joint List source said. “At the right time the wise decision will be made.”

Likud officials downplayed the danger of a shift in forces, opining that the 13 MKs predicted by a recent poll for the Joint List would not recommend Herzog to Rivlin in any case.

The Arab party sources stressed that recommending Herzog would not mean joining the coalition, which is not a possibility.

When asked about Zoabi’s support, Herzog was skeptical. “At the end of the day, you know that what parties say before elections and after elections is not the same,” he said.

Meanwhile, an Israeli media report said that Rivlin has said privately that if the results of next Tuesday’s vote will be close, as polls are predicting, he would encourage the formation of a unity government of the Likud and the Zionist Camp. The report said Rivlin would also suggest a change in the electoral system to prevent elections from taking place so often.

A Panels Research poll asking respondents whether they support the formation of a unity government, came back with 54 percent saying no, 28% yes, and 18% no opinion. A Shiluv poll broadcast Monday on Army Radio had similar results, with 23% in favor and 53% against.

Likud officials maintain that a unity government is out of the question.

Regarding a Zoabi endorsement, they were dismissive.

The Arab MK was disqualified by the Central Elections Committee for inciteful statements supporting Israel’s enemies, but the High Court ruled that she could run, holding the evidence against her was not strong enough to warrant barring her.

Later on Tuesday, the head of the Joint List campaign drew denunciations from right-wing parties for a remark comparing Israeli conduct in the War of Independence in 1948 to the atrocities of Islamic State, The Jerusalem Post reported.

At a panel discussion at Bar Ilan University, Raja Zaatra declared that Hamas was not a terrorist organization, and went on to say:

“Where did ISIS learn these crimes? Look at what the Zionist movement did in 1948, … the looting, the murder, the massacre, that was carried out in these areas in this region.”

Yisrael Beitenu chairman Avigdor Lieberman cited it as proof that the High Court made a mistake in not disqualifying Zoabi from running.

“High Court judges authorized the horrible things that Zoabi did and said in recent years, leading Zaatrah to allow himself to say things that in any other country would have his citizenship taken away and he would be deported,” Lieberman said.

The Joint List said in response that Zaatrah was responding to “a provocation from one of the participants in the panel, who claimed the ISIS learned its actions from a member of The Joint List.

“The Joint List released an official, determined stance against ISIS’s crimes and condemns them without any connection to other historic events,” the list added.