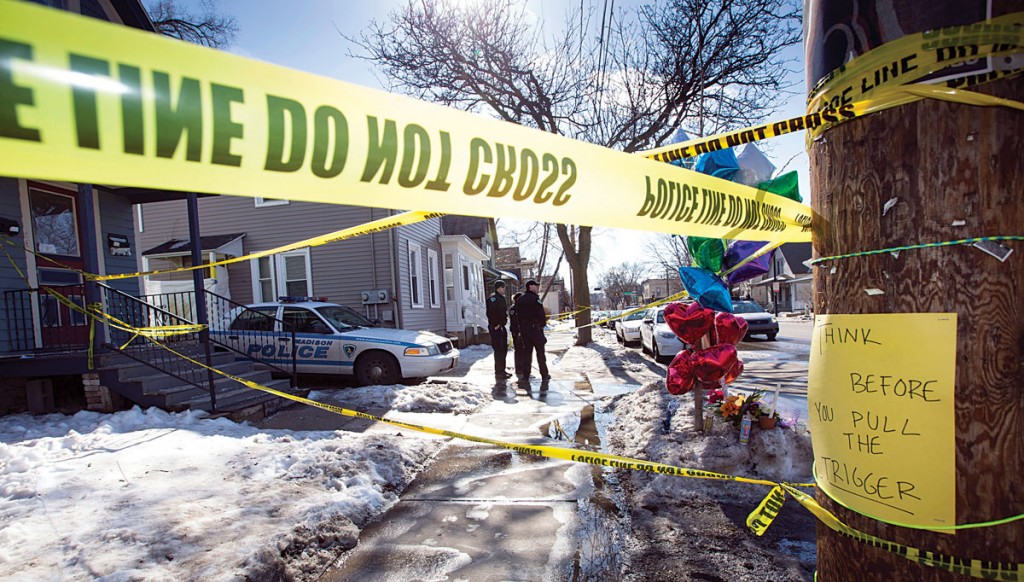 Hundreds of students marched to the state Capitol in Madison, Wisconsin, on Monday as protests over the fatal shooting of an unarmed black teenager by a white police officer gained momentum.

Around 2,000 mostly teenaged students, including some from Sun Prairie High School, the alma mater of Tony Robinson, the 19-year-old who was shot and killed on Friday, protested inside the rotunda of the Capitol amid a minimal police presence.

Robinson’s death was the latest in a string of police shootings across the country that have intensified concerns of racial bias in law enforcement. “There is an indifference between people and police. We all need to come together,” said Ali Asafford, 15, after leaving class at Madison’s East High School.

Officer Matt Kenny, who shot Robinson, is on paid administrative leave while the Wisconsin Department of Justice investigates the shooting.

Police Chief Michael Koval and Mayor Paul Soglin pledged transparency in communicating results of the investigation. Koval prayed with Robinson’s grandmother outside her home over the weekend, and reiterated apologies on Monday.